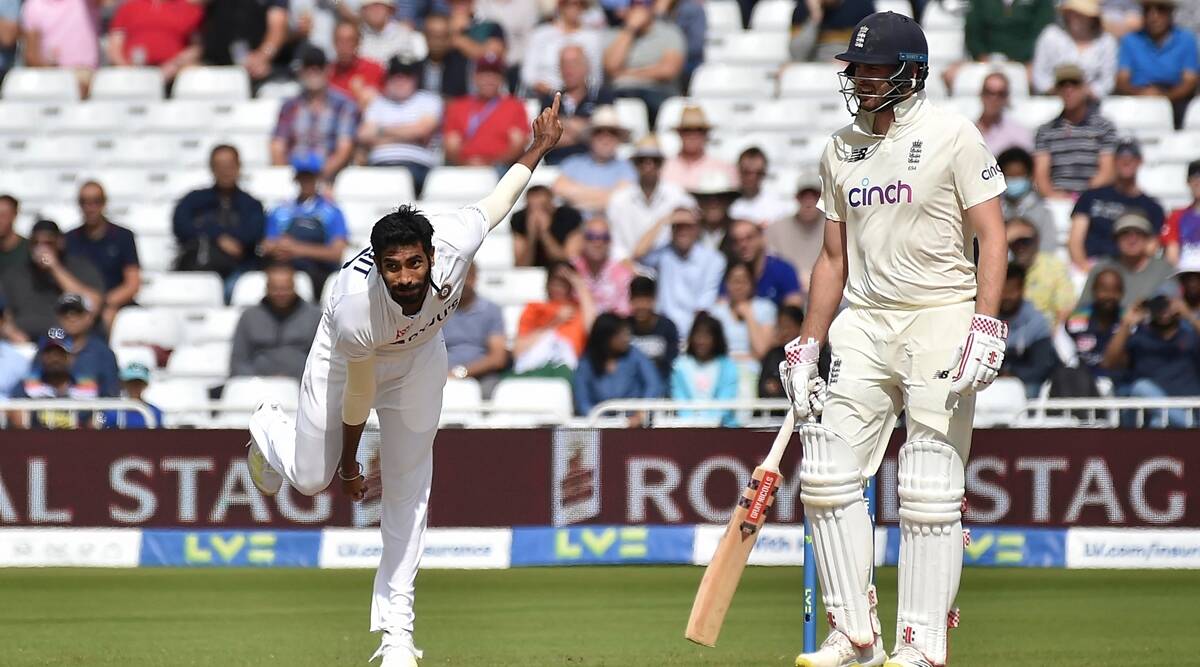 Nottingham: Pace bowler Jasprit Bumrah took five wickets for 64 runs as India moved within 157 runs of victory in the first Test against England here at Trent Bridge on Saturday.

Bumrah’s haul helped visitors bowl out England for 303 in the second innings. India, chasing a target of 209 runs, had reached 52 for the loss of opener K.L. Rahul’s wicket at the draw of stumps on the fourth day.

India have never managed to chase 200 runs in England in the fourth innings of a Test.

England’s innings had revolved around skipper Joe Root, who scored 109 off 172 balls (14X4s) for his 21st Test century. With him at the crease, it looked like England would manage to set a target in excess of 250 but Bumrah dismissed the England captain after tea as the seventh man. A few lusty blows from Ollie Robinson (15) and Sam Curran (32) took England’s lead to beyond 200.

The 30-year-old Root was the lone ranger for England even as other batsmen squandered starts. In fact, the next best individual score was Curran’s.

England, who resumed on the overnight 25/0, lost two early wickets before they could reach even fifty.

Opener Rory Burns was dismissed for 18, caught behind off Mohammed Siraj while No. 3 batsman Zak Crawley was removed by Jasprit Bumrah for six.

However, Root played his shots and shared an 89-run partnership with Dominic Sibley (28 off 133 balls). He then added 42 for the fourth wicket with Jonny Bairstow (30) and a further 34 with Daniel Lawrence (25) for the fifth wicket.

However, India kept chipping in with wickets to ensure England don’t run away with the match.

Rain takes away from India a shot at victory in series-opener, match ends in draw

I had doubts I would ever play for England again, says Ollie Robinson