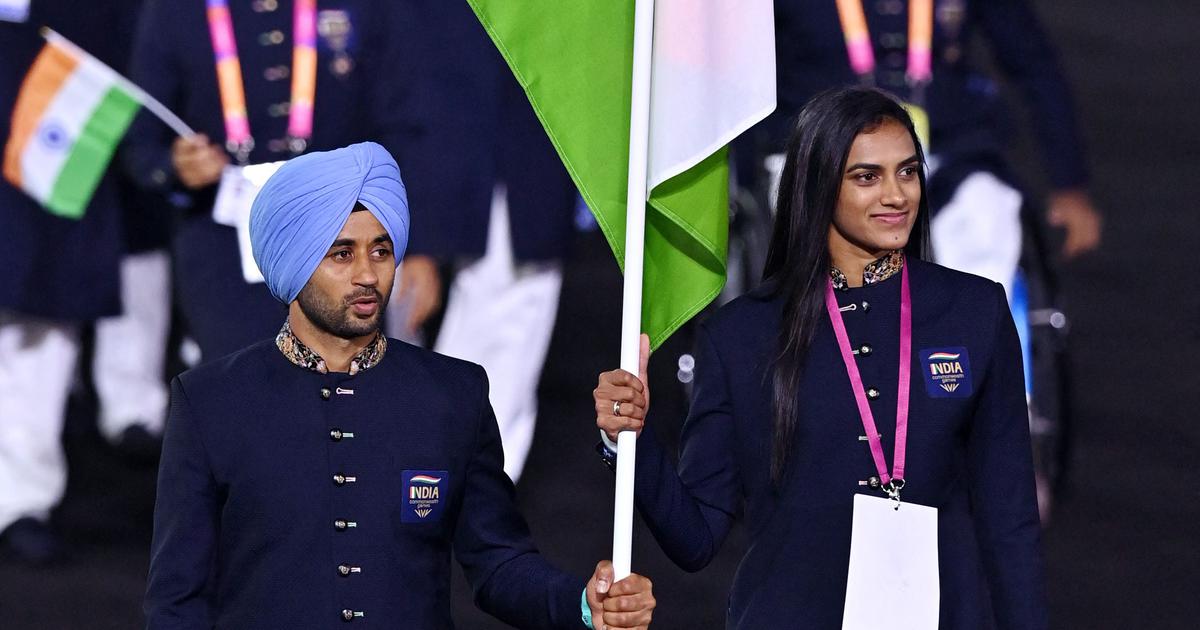 From the beats of Bhangra to the power-packed performance of ‘Apache Indian,’ it was a carnivalesque atmosphere at the refurbished Alexander Stadium in Birmingham, as a dazzling closing ceremony brought the curtains down to the high-octane edition of the 2022 Commonwealth Games.

More than 4,500 athletes competed from 72 countries over the past 11 days.

India finished with 61 medals, five less than their tally four years ago at Gold Coast.

Prince Edward “proclaimed Birmingham 2022 closed” and made a formal invitation to the Australian state of Victoria for the 2026 Commonwealth Games.

“You have inspired us and hopefully the future generations. You have demonstrated what unites us. On behalf of the Majesty of the Queen, our patron, and in the name of the Commonwealth Games Federation, I proclaim Birmingham 2022 closed,” he said, as fireworks lit up the Birmingham sky.

It was followed by model-cum-activist Neelam Gill, who was driven in a yellow MG, while Punjabi MC played out ‘Mundiyan To Bach Ke’ to a packed stadium, celebrating Birmingham ‘daytimers’ culture – the 80s and 90s cultural phenomenon.

There were 20 musical performances, which included musical legends Goldie and Beverley Knight collaborating on the iconic ‘Inner City Life’ in a tribute to Wolverhampton’s pioneering role in rave culture and 80s street art.

The musical show was followed by farewell speeches by the president of the Commonwealth Games Federation Dame Louise Martin and Birmingham 2022 CEO Martin Green, among others.

“The closing ceremony was a true celebration of an outstanding Commonwealth Games and showcased the very best of Birmingham, the country and the Commonwealth,” Martin said.

“We have witnessed an incredible showcase of Commonwealth sport across 11 fantastic days and the Closing Ceremony provided a wonderful conclusion to the special competition,” Martin added.

As soon as they entered, Panjabi MC blasted their hit number ‘Mundian To Bach Ke’ with a performance by Lions of Punjab, a Midlands-based Punjab Bhangra dance group, with over 85 years of history.