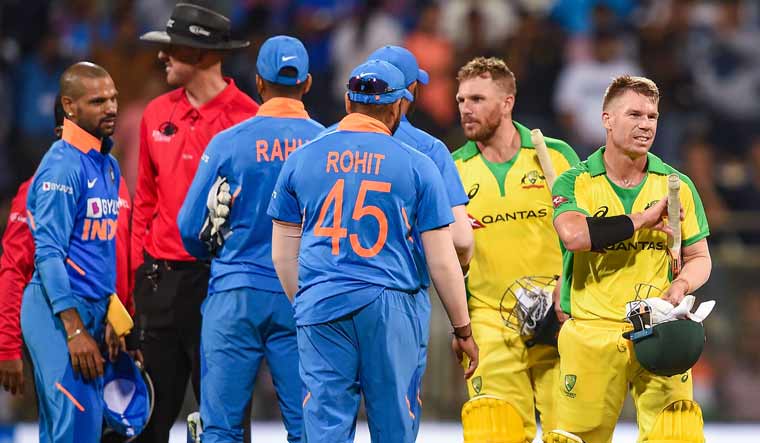 New Delhi: Keeping the health safety concerns and security in mind, the BCCI is likely to send an extended Indian squad to Australia whose strength will be anything between 23 to 25.

“It is only logical that at least 23 to 25 players are carried just like Pakistan and West Indies did in England.

“There is no need to call net bowlers from outside and if the players from India A squad also goes, it would help us in having a proper four-day first-class match simulation in bio-bubble,” a BCCI official privy to the development said.

There is a possibility that the support staff, led by head coach Ravi Shastri, as well as the players who won’t be part of IPL play-offs, will reach Australia directly by the end of October or the first week of November, with the others joining the bubble after finishing their IPL engagements.

The three outgoing selectors — Devang Gandhi, Jatin Paranjape and Sarandeep Singh — are likely to stay at least till the jumbo India squad for the year-end tour of Australia is announced, primarily to ensure continuity.

Gandhi, Paranjape and Singh are completing their four-year-term (three plus one) on September 30, but the BCCI is unlikely to interview the aspiring candidates anytime soon and will instead persist with the existing committee.

The PTI can confirm that the Cricket Advisory Committee (CAC), comprising Madan Lal (head), Rudra Pratap Singh and Sulakshana Naik, hasn’t yet received any intimation from the Board regarding the conduct of interviews for the three soon-to-be vacant posts.

“Yes, the CAC hasn’t been sent any intimation as of now. Obviously, the COVID-19 lockdown has put all plans in disarray and now, the focus is on IPL. Also there is no domestic cricket being held at the moment,” a senior BCCI official told PTI on conditions of anonymity.

There is a school of thought within the BCCI that at this point in time, with the IPL starting, it is better that the three outgoing panel members remain at least till the Indian squad for the Australia tour is announced. The team will announced between the second and third week of October.

“If you look, MSK Prasad and Gagan Khoda were replaced in March, 2020 and not September, 2019. There is absolutely no harm if Devang, Jatin and Sarandeep help out Sunil and Harvinder for Australia series and may be the England series. “They have covered domestic cricket extensively and they have a fair idea about bench strength,” the source added.

The Supreme Court hearing on the BCCI petition for a cooling-off period waiver for president Sourav Ganguly and secretary Jay Shah is another factor.

The announcement of new selectors conventionally happens during the AGM as the selection panel is a sub-committee of the BCCI.

Bell to retire from professional cricket after 2020 season