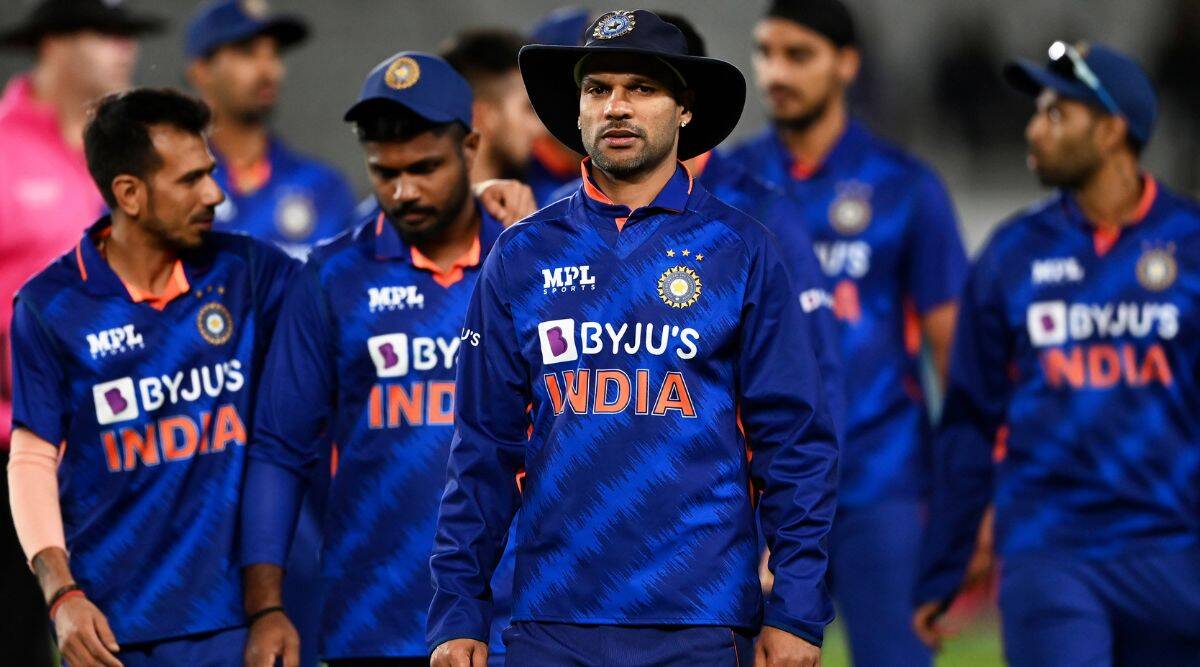 Hamilton: India would expect a better approach from skipper Shikhar Dhawan and young Shubman Gill in the Powerplay overs when the team clashes with New Zealand in the do-or-die second One-Day International here on Sunday.

The Seddon Park is a three-way open ground but is known for being one of the batting friendliest tracks in New Zealand where willow wielders would get value for their shots.

The bowlers could be taken to task for conceding those runs in just over 47 overs, the buck actually stops at the main batters since if it was not for Washington Sundar’s brilliant cameo, India would not have touched the 300-run mark.

It was largely due to the safety-first approach of the Indian openers during the first 10 Powerplay over where the runs did not come at a desirable pace.

Moeen Ali in a recent interview to PTI spoke how in earlier times, teams followed Australian template in white ball cricket and now it is the English way that is being aped by the teams.

And that is where India is lagging behind as it was at least 40 runs short in the first Poweplay overs in Auckland.

Sample another piece of statistic which will give an idea that the problem lies in the general outlook of Indian top-order batters across limited overs formats (not just Rohit Sharma, KL Rahul or Virat Kohli).

Dhawan hit 72 off 77 balls that had 13 fours. So effectively, he scored 52 runs in boundaries in 13 deliveries. He scored another 20 runs in 64 deliveries and out of which 44 were dot balls as he was unable to get going in the Powerplay.

As the skipper struggled, at the other end, Gill didn’t do his overall averages any harm by stacking up another half-century, but the pace of his innings was also a debatable one.

His 50 was scored in 65 balls with three sixes and a boundary. This means 22 runs were scored from four deliveries. He scored the remaining 28 runs from 61 deliveries.

The same approach of just building the foundation and leaving the heavy-lifting for the back-end has cost India a T20 World Cup but strangely even as personnel changed in ODIs for this series, the approach has remained archaic.

With so many players jostling for opening slots, it is imperative that the players score heavily so that the numbers can’t be ignored when the new selectors prune the pool to around 20, at least three to four months before the 50-over marquee event.

While Dhawan will certainly open with Rohit in Bangladesh next month, there aren’t any guarantees that Shubman will be able to retain his place in the playing XI as Rohit will comeback as an opener. KL Rahul might take Suryakumar Yadav’s (rested for next series) middle-order slot.

Rishabh Pant has a way better ODI strike-rate and average compared to T20Is but the vice-captain of this series needs to be more consistent in order to keep the big gloves away from Sanju Samson and Ishan Kishan, who are definitely close on his heels.

As Virender Sehwag, few weeks earlier had said that Pant needs to decide first what will be his style of batsmanship.

At the moment, the marauder from Rourkee seems to be in a state of limbo: whether to attack or defend. Sooner he gets his bearing, better it will be for the ODI core team.

At Eden Park which has short and weird dimensions, Indian pacers bowled way too short. They will need to find a way to counter Tom Latham and Kane Williamson, who have both been consistent against India over the years in this format.

While Umran Malik was impressive bowling northwards of 145 clicks, Arshdeep Singh despite his ability to get the swing struggled for pace and Shardul Thakur was generally erratic.

Toss will be an important factor as batting becomes easier at the Seddon Park as the evening wears on.

If India can chase, it will do them a world of good as spinners won’t have to encounter the dew factor during the evening hours.

Whether Kuldeep Yadav is tried out instead of Yuzvendra Chahal is there to be seen as the ground is slightly bigger for his comfort.