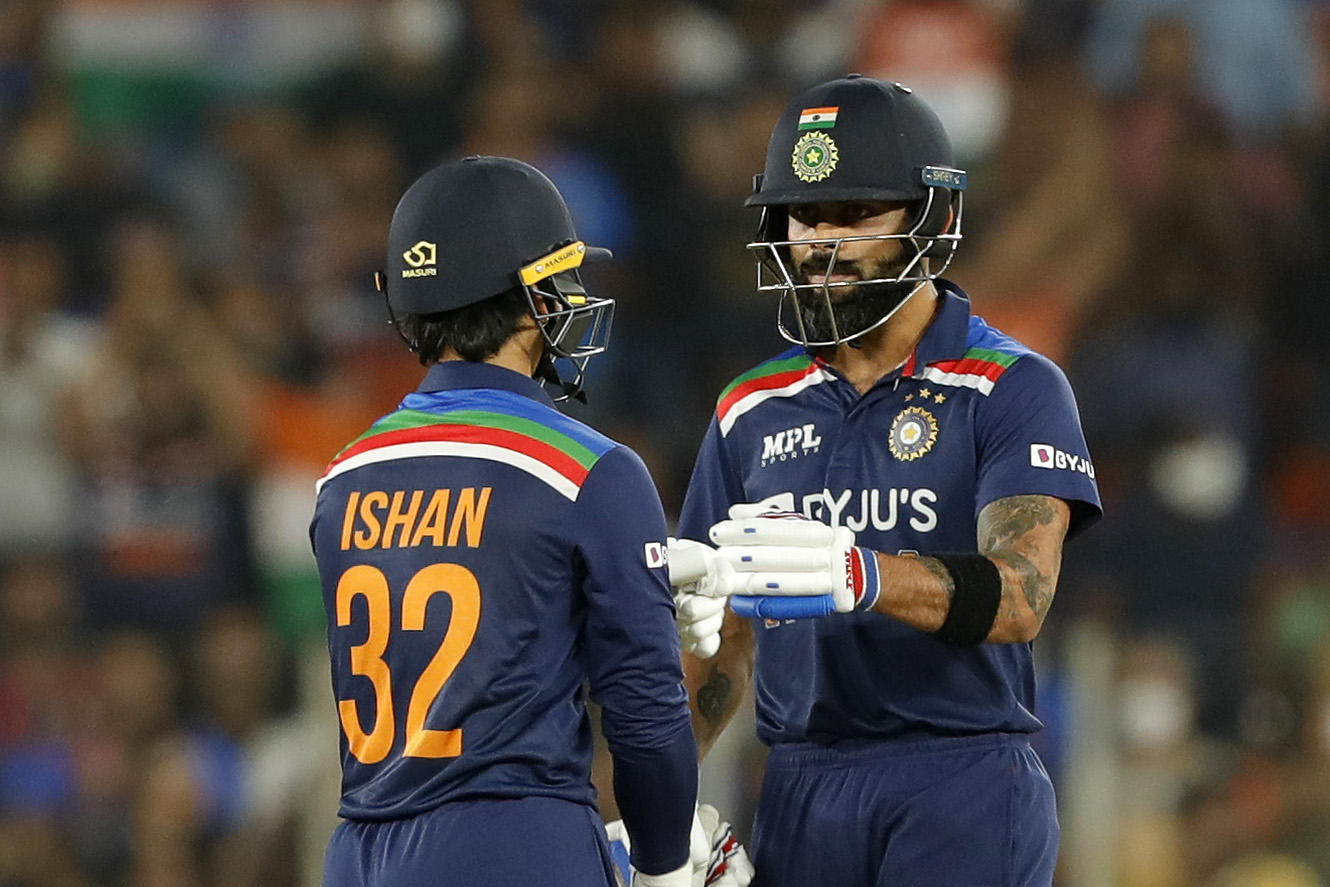 Ahmedabad: Ishan Kishan’s 32-ball 56 on debut and his 94-run partnership for the second wicket with skipper Virat Kohli (73 not out off 49 balls) in nine overs helped India thrash England by seven wickets in the second T20I at the Narendra Modi Stadium to bring the 5-match series level at 1-1.

Kishan, opening the innings in place of Shikhar Dhawan who was benched, hammered four sixes and five fours in his innings and made easy work of the 165-run target that England had set up.

At the time of his dismissal – leg-before to Adil Rashid, India needed just 71 in 10 overs.

If England thought that they were back, Rishabh Pant (26 off 13), another big-hitter, joined Kohli and the two added 36 for the third wicket in just 3.3 overs. By the time of Pant’s dismissal, England were down and out. India reached the target with 13 balls to spare.

India had lost the wicket of K.L. Rahul early in the first over. The Karnataka batsman fell for a duck.

Earlier, the Indian bowlers brought in change of pace towards the end of the England innings to restrict the visitors to 164 for six in 20 overs.

England were coasting along well at 129 for four in 15 overs and looked good at putting up a huge total. However, tight bowling from Bhuvneshwar Kumar, Shardul Thakur and Hardik Pandya allowed England to get only 35 runs in the last five overs.

India began well getting rid of Jos Buttler early, in the very first over, but a 63-run partnership between Jason Roy (46 off 35 balls) and Dawid Malan (24 off 23 balls) helped the visitors get back on track.

Jonny Bairstow (20 off 15 balls), captain Eoin Morgan (28 off 20 deliveries) and Ben Stokes (24 off 21 balls) got good starts but just as they were looking to take the total forward with power-hitting, they were dismissed.