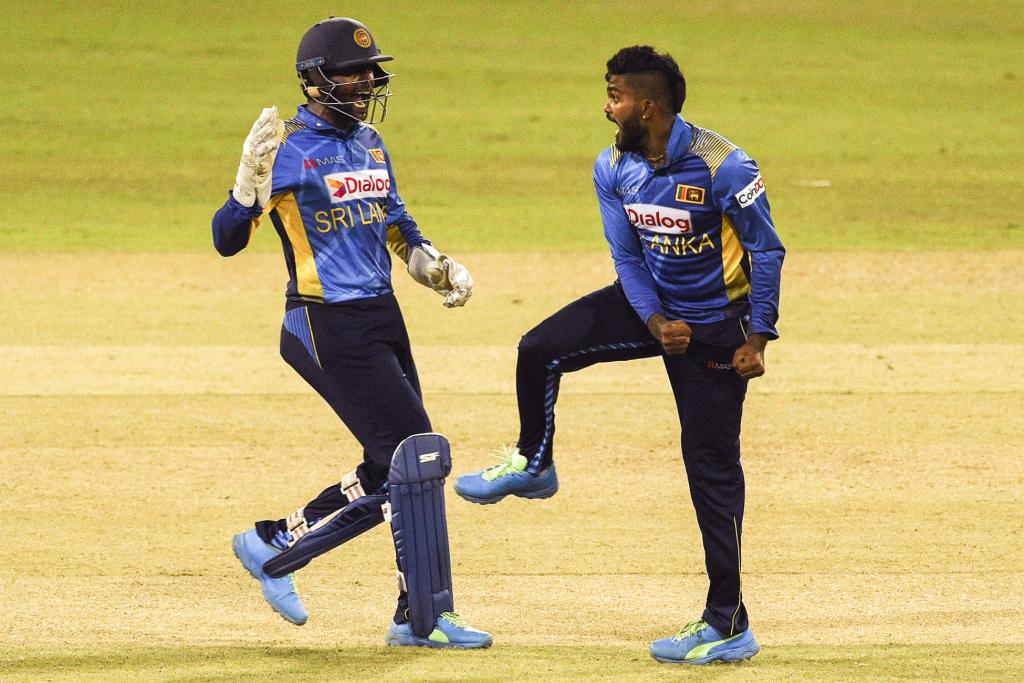 Colombo: A depleted India, who were forced to make seven changes in the XI after nine players were ruled out due to COVID-related issues, stretched Sri Lanka before losing by four wickets in the last over of the second T20 International here on Wednesday night. India had made 132/5 at the R Premadasa Stadium. Sri Lanka, riding on Dhananjaya de Silva’s 40 off 34 balls, won with two balls to spare.

India fought hard till the end but Sri Lanka make it 1️⃣-1️⃣ in the series and it sets up for an exciting decider tomorrow evening. 👊🏻#PlayBold #TeamIndia #SLvIND pic.twitter.com/Xg1LzJjLpS

The Indian team was on Wednesday forced to field only four specialist batsmen as well as a wicketkeeper-batsman Sanju Samson in the second T20 International against Sri Lanka after COVID-stricken Krunal Pandya and eight of his close contacts were left out of the squad.

Sri Lanka won the toss and elected to bowl.

Prithvi Shaw and Suryakumar Yadav, who are due to travel to England for the Test series, and Hardik Pandya are among those not playing.

“Unfortunately, the close contacts of Krunal won’t be playing a part in the series. We have 11 players to choose and we will have to play them,” said team coach Rahul Dravid.

“There is nothing to feel sorry about. All the 11 are good enough to make the 11 and that is why they were picked in the squad. I feel it is exciting to see them perform. Yes, the balance of the side will be a little fragile because we can only pick from the players available.”

Skipper Shikhar Dhawan said had he won the toss he would have batted first.

“There are four debutantes. Lots of changes due to obvious reasons. We are all looking forward to this. We are street-fighters and ready to face the challenges,” he said.

“Our main players are not here, but that gives the chance to the younger players. They have created great energy for the last 45 days, and I am glad they have got their chances. These things can happen in the current scenario, that is why we brought a large squad,” added Dhawan.