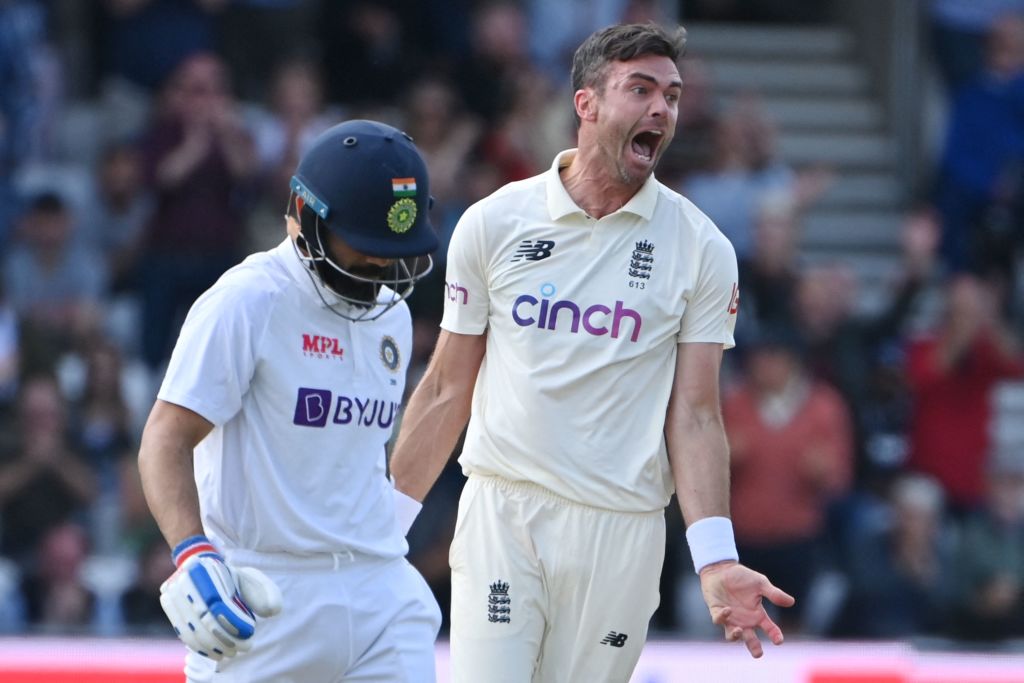 Leeds: India were all out for 78 in their first innings on the first day of the third Test here at the Headingley on Wednesday. This is India’s third lowest total in England.

Senior England pacer James Anderson was at his absolute best as he got rid of KL Rahul (0), Cheteshwar Pujara (1) and Virat Kohli (7) in the first session on Day 1 of the Headingley Test.

Innings Break!#TeamIndia are all out for 78 in the first innings of the 3rd Test.

Earlier, India won the toss and elected to bat on the first day of the third Test here at Headingley on Wednesday. Indian captain Virat Kohli, who expressed surprise on winning the toss after losing eight in a row, said that the team is unchanged from the one that registered a 151-run win in the second Test at Lord’s.

England are without the services of Ben Stokes, Jofra Archer, Chris Woakes, and now to add to the list is Mark Wood.

Team India goes unchanged into the third clash and R Ashwin is still not part of the game.