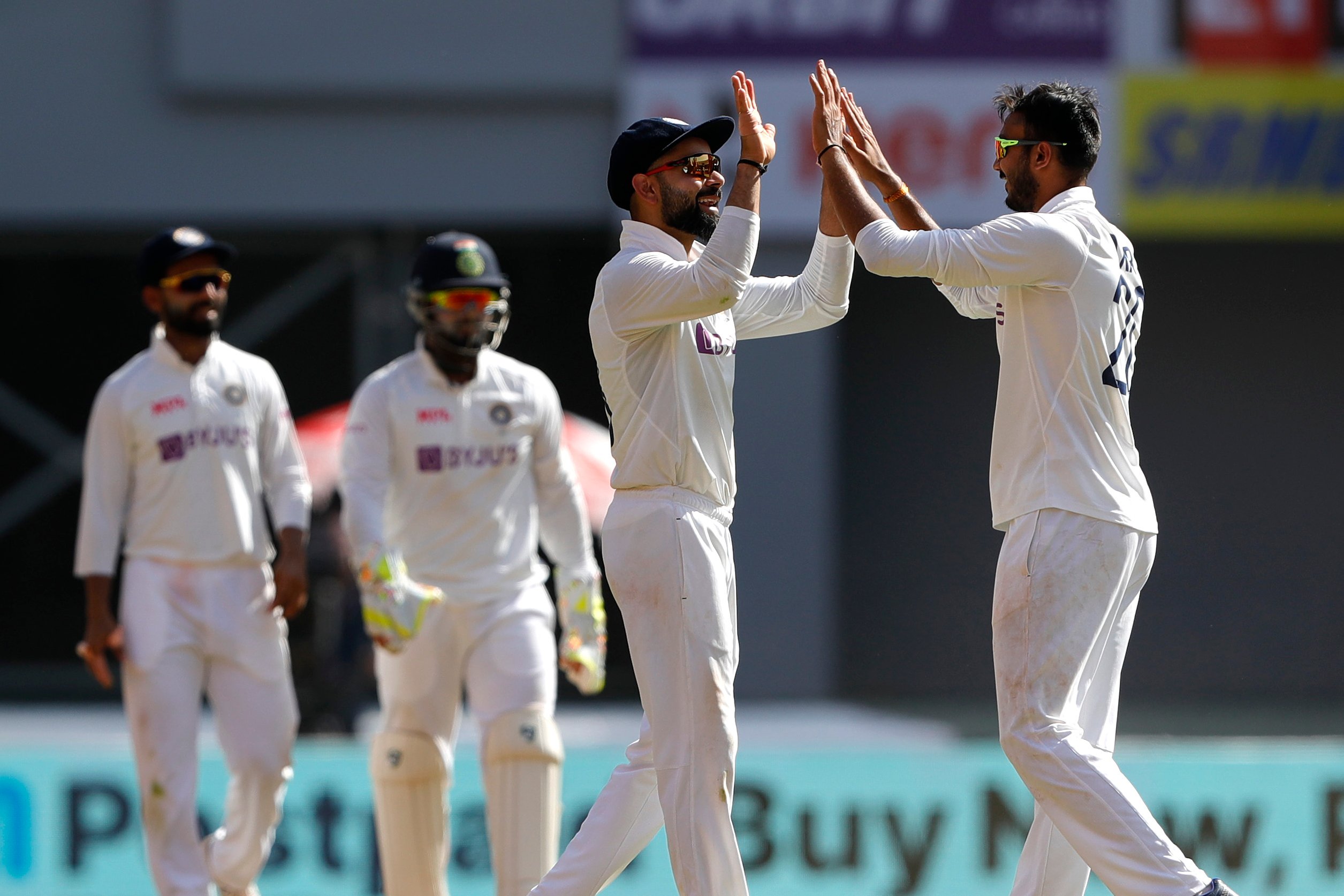 Ahmedabad: England got a 200-plus total for the first time after five innings of sub-200 scores but the 205 they could muster on Thursday still kept them on the backfoot against India on the first day of the fourth and final Test here at the Narendra Modi Stadium on Thursday. India were 24 for one at stumps.

Against India’s spin trio that bowled 70 per cent of the overs and took 80 per cent of the wickets, England’s batting heavy line-up faltered again after winning the toss and electing to bat as Axar Patel (4/68), R. Ashwin (3/47) and Washington Sundar (1/14) ran riot.

Only Ben Stokes (55) and Dan Lawrence (46) could put up some resistance of note as the visiting batsmen showed lack of patience on a wicket that was spin-friendly but not as much as during the preceding two Tests.

England’s innings on Thursday lasted for 75.5 overs, which was quite close to the 79.2 overs it lasted across two innings combined in the third Test.

Left-arm spinner Patel, who has taken a hat-trick of fifers, once again took a wicket in his first over of the innings like he had done in the third Test. He removed Dom Sibley, having him bowled with an armer.

In his second over, he got rid of the other opener Zak Crawley who tried to hit out against him. Soon Joe Root (5) was back, dismissed leg-before by a Mohammed Siraj delivery that came back in.

A 48-run partnership brought England to safety but Jonny Bairstow’s dismissal gave India a chance to repeat their act from the third Test when they dismissed England for just over a 100.

However, Stokes’ half-century and contributions from Ollie Pope (29) and Lawrence took them to a total which kept them alive.

India lost an early wicket, of Shubman Gill (0), off the bowling of James Anderson during the 12 overs they had to face towards the end of the day’s play.

Rohit Sharma was unbeaten on eight and Cheteshwar Pujara was not out on 15.

England had packed their line-up with batsmen, leaving out Jofra Archer, who had a niggle in his elbow, as well as Stuart Broad.