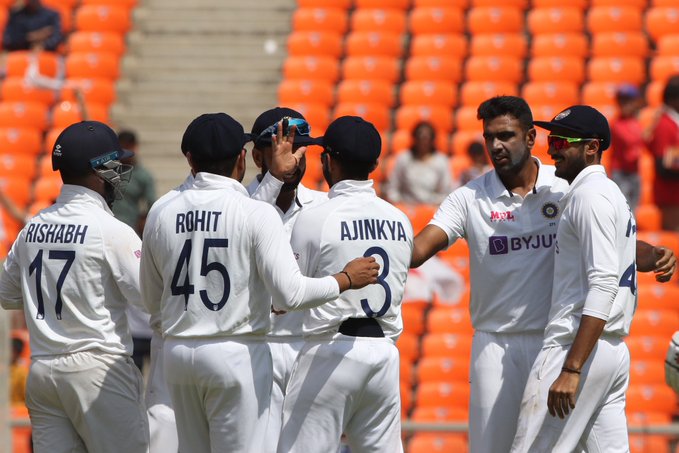 Ahmedabad: Indian spin duo of Ravichandran Ashwin and Axar Patel once again spun a web around England and helped the hosts to an innings and 25 runs victory over England in the fourth Test on Saturday.

Trailing by 160 runs, England were in trouble right from the start and were bowled out for 135 in the second innings.

Ravichandran Ashwin (5/47) and Axar Patel (5/48) shared all the 10 England wickets to fall in the second innings.

Earlier, Washington Sundar cracked a fine half century (96 not out) as he drove India’s lead past 160 runs in the morning session.