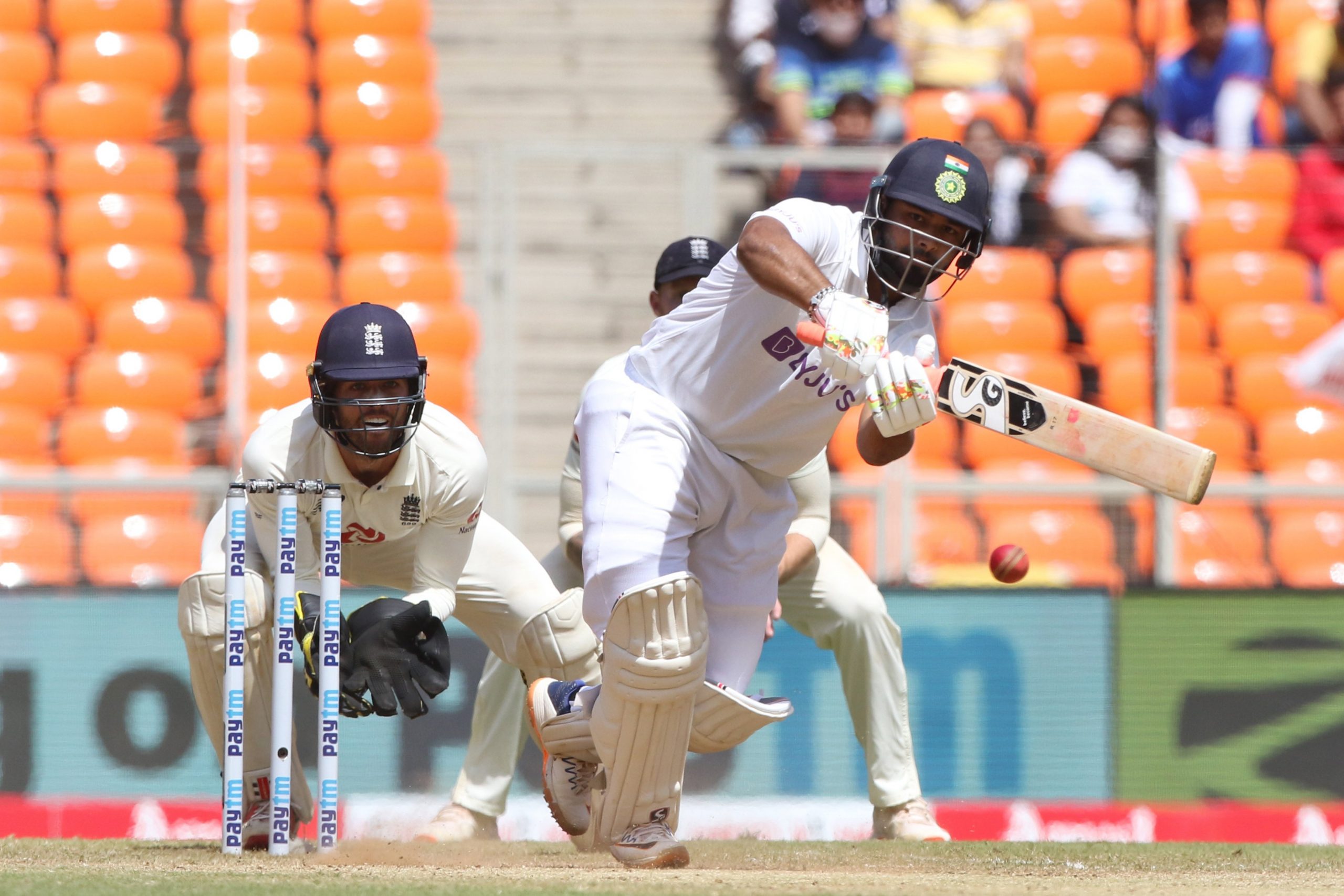 Ahmedabad: Rishabh Pant scored a crucial century (101), his third, to help India take a 89-run lead against England in the fourth Test at the Narendra Modi Stadium on Day 2 on Friday.

India reached 153/6 at tea of Day 2 of the fourth Test against England at the Narendra Modi Stadium on Friday.

India lost two wickets in the session after they were placed at 80/4 at lunch. They are still 52 runs behind England.

Rishabh Pant (36 not out) and Washington Sundar (1) were at the crease.

James Anderson, Ben Stokes and Jack Leach struck to help the England get their noses in the front during the session at the end of which India trail by 125 runs with six wickets in hand.

Leach struck first by dismissing Pujara for the fourth time in this series after the latter had made 17 runs in 66 balls. It ended a 40-run partnership between Pujara and Rohit Sharma that had seen India through to the end of play on the first day.

Stokes struck next, dismissing Kohli for a duck. The ball rose on Kohli who ended up edging it to the wicketkeeper. Rahane then tried to up the scoring rate and eventually succumbed to Anderson having made 27 off 45 balls.

On Day 1, India had lost an early wicket, of Shubman Gill for a duck, off the bowling of James Anderson during the 12 overs they had to face towards the end of the day’s play. England got a 200-plus total for the first time after five innings of sub-200 scores but the 205 they could muster on Thursday still kept them on the backfoot against India on the first day of the fourth and final Test here at the Narendra Modi Stadium on Thursday. India were 24 for one at stumps.

Against India’s spin trio that bowled 70 per cent of the overs and took 80 per cent of the wickets, England’s batting heavy line-up faltered again after winning the toss and electing to bat as Axar Patel (4/68), R. Ashwin (3/47) and Washington Sundar (1/14) ran riot.

Only Ben Stokes (55) and Dan Lawrence (46) could put up some resistance of note as the visiting batsmen showed lack of patience on a wicket that was spin-friendly but not as much as during the preceding two Tests.

England’s innings on Thursday lasted for 75.5 overs, which was quite close to the 79.2 overs it lasted across two innings combined in the third Test.