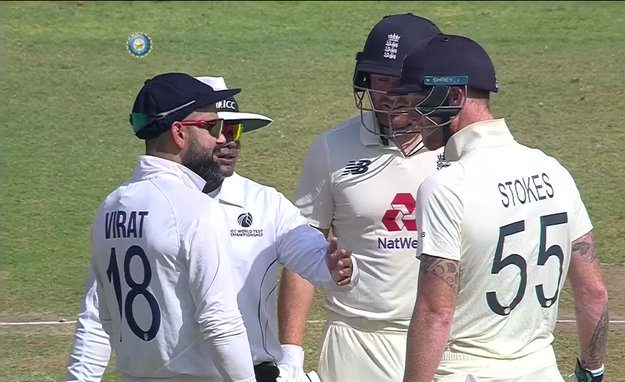 Ahmedabad: India pacer Mohammed Siraj revealed that he was abused by England’s Ben Stokes in the opening day of the fourth Test at Ahmedabad on Thursday.

India skipper Virat Kohli was also involved in a heated exchange with the England all-rounder at the Motera Stadium.
Kohli and Stokes were involved in a verbal spat after the England batsman exchanged a few words with Siraj.

Following the end of day’s play in Ahmedabad, Siraj, when asked about the incident, revealed that he was abused by the Englishman before Kohli took over and handled the aggravating situation afterward.

He said, “The wicket is good to bat on. The plan was to be patient and wait for the ball that might come in. Virat told me, since we only had two quicks, rotation was important. After bowling two overs, Virat asked me change my ends, since I was getting more movement there.”

“Ben Stokes gave me gali (abused me), so I told Virat bhai about that. Virat bhai handled it thereafter,” Siraj said.