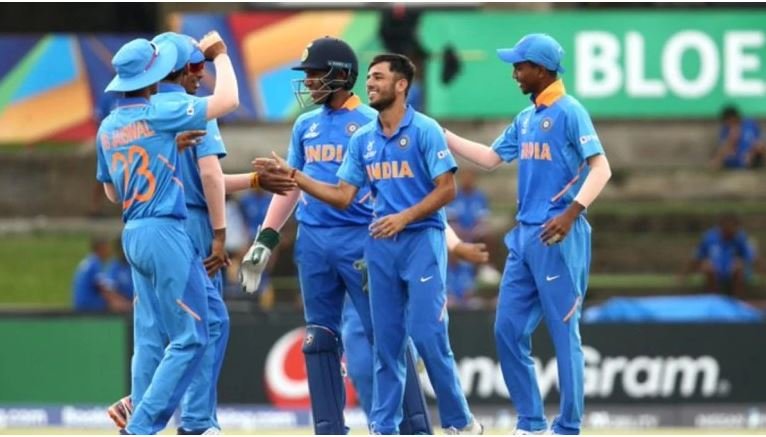 Mumbai: Bangladesh deserve heartiest congratulations for winning the coveted ICC U-19 World Cup. For teenagers, taking part in a World Cup is a huge deal, let alone winning it.

Each and every youngster is bumbling with energy and enthusiasm. Eventually though it is a combination of skills, fitness and a little bit of luck that decides the championship. England were distinctly lucky to win to beat New Zealand to win the ODI World Cup.

India and Bangladesh fought for every run in the U-19 final at Potchefstroom. The teenage cricketers displayed unbridled emotion in the tournament decider, which is understandable as the World Cup is very big for them.

Now when they will jump into the ocean and play on the highest level, they will realise that matches are won and lost not on emotions but on actual control of emotions. The tournament is a learning curve for both teams.

India were under pressure after being sent into bat as Bangladesh were very disciplined with the ball. After a decent start, India lost seven wickets for 21 runs, including two crucial run outs.

The run outs occurred because of constant pressure by Bangladesh bowlers, backed up by enthusiastic fielding. They were noisy, to the extent of invoking a sense of irritation.

Bangladesh’s run chase began in a sound way but their cause was helped by the Indian colts, who bowled 19 wides and two no balls.

In a low scoring match where the side has made only 177, every ball counts. But perhaps Indians were shocked to be bowled out so cheaply. And once things going south, it’s difficult to stem the rot, particularly for these young guns.

Still Ravi Bishnoi grabbed four wickets to keep India in the game. But left arm orthodox spinner Atharva Ankolekar was out of sorts, lacking rhythm and gave away runs.

Bangladesh were not much in a hurry. All they had to do was stay at the wicket, which they managed to do.
But their conduct during and after the match left a lot to be desired. One can understand the raw nerves and pressure to win the final. But their behavior was unpardonable.

The on-field umpires should have dealt with it strongly. The Bangladeshis are extra emotional and wear their heart on their sleeve.

Their fast bowler Tanzib Hasan Sakib almost knocked opener Divyansh Saxena head off with a fiery throw. If these conduct on the field is going to be allowed then those days are not far when cricket will be an eyesore.
Sakib didn’t even express any remorse for his behavior. The umpires should have warned him. But they failed to control the game.

After the match, the entire Bangladesh team was seen abusing the Indians. This shows they are yet to imbibe the spirit of the game. The Bangladesh Cricket Board (BCB) must educate these players. The Indians hardly did anything but still Bangladesh showed too much aggression.

The ICC has sanctioned three Bangladeshi and two Indians for getting involved in an altercation after the final.

The more money is getting into cricket, the worse it is getting. Along with too much money too soon, rampant age fudging are detrimental to the growth of teenagers.

This is just the beginning. I hope wiser counsel will prevail. These players need to understand it is after all a U-19 World Cup, bigger things are yet to come.

Their goal should be to perform well at the highest level. They should introspect what right or wrong they did during the U-19 World Cup.