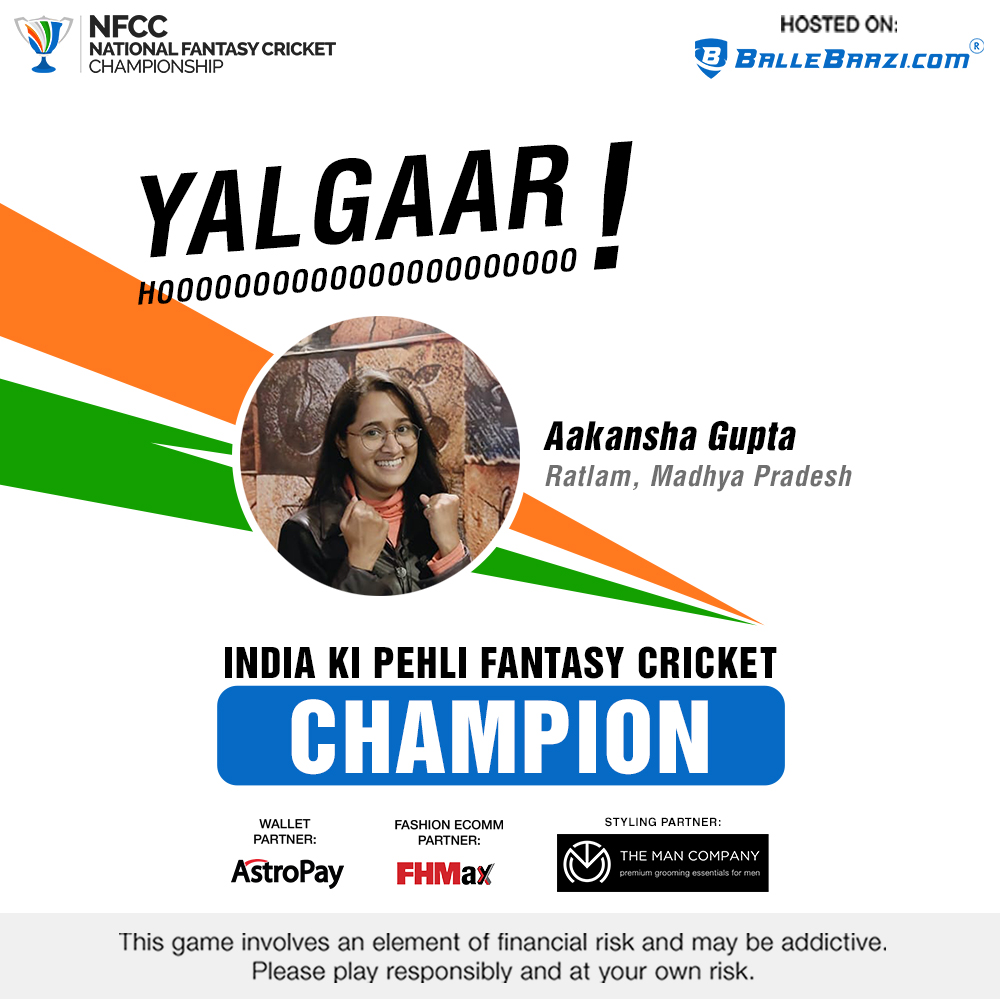 New Delhi: National Fantasy Cricket Championship (NFCC) hosted on BalleBaazi.com, which started with an objective to boost the fantasy sports landscape in India, concluded on a high note with Aakansha Gupta – a CA aspirant, hailing from Madhya Pradesh being crowned the ultimate champion with 783.5 points. With BalleBaazi.com’s only 1% userbase consisting of women participants, the achievement stands unique.

As #1 on the leaderboard, Aakansha will take home the winning prize pool and an opportunity to travel Lord’s Cricket Ground – the Mecca of Cricket.

The 23-days long multi-tier tournament recorded over 1.8 lakh total entries from across the country and saw over 62 lakhs teams being made during the period of the tournament, finally resulting in 11 fantasy cricket players being crowned champions from nine different states (Delhi, Madhya Pradesh, Bihar, Rajasthan, Gujarat, Uttar Pradesh, Jharkhand, West Bengal and Haryana).

Talking about her victory and experience, Aakansha Gupta said, “NFCC was truly a unique experience for me. I have been indulging in fantasy sports since long but haven’t had the opportunity to compete in such a large-scale tournament where we felt that we are truly progressing in our own matchups as the tournament progresses. I would like to congratulate all the other winners and BalleBaazi.com for coming up with such a unique concept.”

Games24x7 commits towards child welfare; 15,000 children to benefit this year