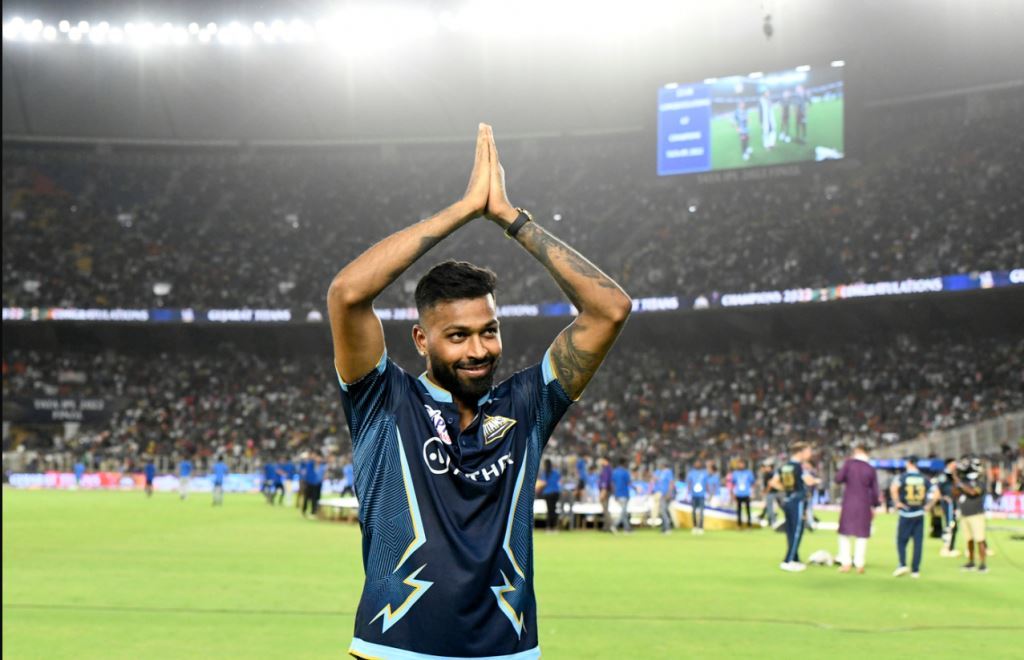 New Delhi: Starting with a disclaimer is a definite no, no. Having said that, I have to state one, right up front. The views expressed herein are those that come out of the (cricketing) mind of someone who still lives in the 70s or 80s (give or take the first half of the 90s). For me and my generation, the shortest format of the game (which has a few remnants of nobility) is akin to watching a David Dhawan flick where we won’t know what will last longer – the salted popcorn or our patience!

Now that the Indian Premier League (IPL) is over, hardcore fans will probably satiate their withdrawal symptoms by going back to the various OTT platforms that dot the home page of their computers and television screens. A few may find solace in the French Open, that’s currently on but generally they will be picking players for future India games purely on their performances in the IPL (an all-time favourite pastime, change in formats be damned…).

So, what are the views of this old fossil on the recently concluded extravaganza which concluded at Ahmedabad over the weekend? The first is that Mumbai has the best cricket pitches in the country. The megacity that was once the lifeline of Indian cricket and which is now gasping for one, hosted the entire league phase of the tournament without a single hiccup.  The constantly used 22-yards just didn’t show any indicators of wear and tear, thanks to the superhuman efforts of the ground staff at all venues (including Pune) of the league phase.

Now before I get plastered for raving about the city I was born in, learnt and played cricket and lived most of my life in, I will remind folks of how the ICC T20 World Cup panned out in the UAE where the spin of the coin decided the fate of almost all teams. Most matches turning out to be dead bores.

The way the pitches behaved makes a solid case for red soil surfaces that dot the sylvan maidans of Mumbai not to forget the stadiums. Polly Umrigar, the legend who was the first real ‘curator’ of Wankhede Stadium must be chuckling up there saying “Tamune Kidhu Hatoon, Dikra” (I told you so, son). Polly ‘Kaka’ as he was known by cricketers across the cricket crazy nation, would have been very happy to know that the BCCI has awarded Rs 1.25 crore as prize money to those who tended the grounds. One assumes the amount will be distributed based on the number of games played in each of the six venues.

At the start of the season, when the erudite folks who bid for players (with bidder cards in their hands) met at the auction, no one expected the kind of results that the tournament threw up on its conclusion. The two highest commodities (sorry, players) that were purchased in the bidding process turned out to be duds. Ishank Kishan didn’t live up to his Rs 15.25 crore promise while Deepak Chahar (at Rs 14 crore) didn’t step out on to the playing field, no thanks to a back injury. The much-touted lot of Shahrukh Khan, Krunal Pandya, Venkatesh Iyer and Shivam Mavi were flops at the box office (considering their hefty bid amounts).

Lastly, going by the way the media was hyping up the post-auction buys, hits and misses, no one expected Gujarat Titans (GT) and Lucknow Super Giants (LSG) to perform the way they did. The brilliant selection of these teams along with that of Rajasthan Royals was never in focus with everyone putting Mumbai Indians, Delhi Capitals and Chennai Super Kings in the limelight. The three young(ish) Turks of Indian cricket – Hardik Pandya, KL Rahul and Sanju Samson, backed by their coaching staff, quietly planned on turning the tables on the fan favoured teams.  The fourth, Royal Challengers Bangalore (RCB), too surprised their critics with a stellar qualifying performance.

Then there were a few cricketers who created an impact which went well beyond expectations and made fans take notice. Rinku Khanchand Singh, the 24-year old southpaw played only seven out of the 14 matches for his franchise, Kolkata Knight Riders and stands second to Andre Russel in the batting stats for his team. RCB have only Indore lad Rajat Patidar to thank for their march. Had it not been his blistering, unbeaten 112 runs @ 207.40 against LSG, the team would have disbanded in Kolkata and not travelled to Ahmedabad.

These two, apart from a new pack of pace bowlers just show how strong the talent base in Indian cricket is. Umran Malik, Mohsin and Avesh Khan, Khaleel Ahmed and many more have shown the potential of becoming world beaters a la Mohammed Shami and Jasprit Bumrah. One hopes they get the right guidance and are well mentored as gulps of sudden success (read fame and more moolah coming in) can cause a heady feeling that usually ends with a terrible hangover.

This phase of the IPL also saw the comeback of two veterans whose consistency and potency saw them back in the Indian team that will face the Proteas in a 5-match T20 series, shortly. Kuldeep Yadav shrugged off the negative aura around him with a neat haul of 21 wickets and old faithful Dinesh Karthik aggregated 330 runs with his innovative and game changing batting.

The most important gain of the 15th edition of the blue riband tournament was the emergence of Hardik Pandya, who can now be called a complete cricketer. There was a certain ‘brattish’ aura about him which has always counter-balanced his true worth as an athlete. Before this tournament began, the only team Hardik had captained (to my knowledge) was his club side in his hometown, Vadodara. Therefore, the punt that GT took by appointing him captain raised many eyebrows along with sniggers.

Post the IPL win on his team’s (and his, as captain) debut, the headlines read Hardik Pandya 2.0, Pandya Rebooted among others. No one, including yours truly, took the 28-year old seriously. Most thought his appointment was a side plot unleashed on an unsuspecting franchise who paid more for his star value than his ability as a player, as franchises usually do.

How wrong we all were!

Gone was the smirk and the silly one-liners he used at post-game pressers along with the faux West Indian swag which had gotten him express fame as a ‘I care a damn what others think’  or ‘a rebel without a cause.’ What we saw was tremendous application with the bat (487 runs @131.26) and the ball (the match winning spell of 3 wickets for 17, in the final) but more importantly how focused he was while marshalling his resources. The move to get in left arm spinner R Sai Kishore at a crucial juncture of the final was “simply superb” (Sorry, Ritchie).

He knew, post the auction, that he had to take more responsibility and bat higher up the order and he stuck to the task. This, at the risk of losing out on increasing his strike rate with his explosive style of batting. A dour, responsible Hardik would probably be the last thing his image managers would want but it’s music to the ears of those who know of his inherent talent. GT team mentor Gary Kirsten praised Hardik for his man management skills which kept his team from peaking early and totally focused throughout the tourney. May 29, 2022 is the high point in his career, so far, with the much wanted IPL win. It may also have pushed up his chances as a FIA (future India captain) by a few notches. It remains to be seen how he takes this victory as a springboard for his future and that of Indian cricket which is desperate for a ‘true’ all-rounder (with malice towards none..). The real Hardik Pandya has finally arrived. Aava De!

Hemant Kenkre is a communications professional who has covered cricket across print, radio, TV, and digital for over three decades. A former Bombay University and Bombay Under-22 opener and captain of the Cricket Club of India team, he has also played top-grade cricket in England, Australia, Kenya, and Singapore. The only thing that can take him away from cricket is music and, ever since he has started using headphones, life's been good.