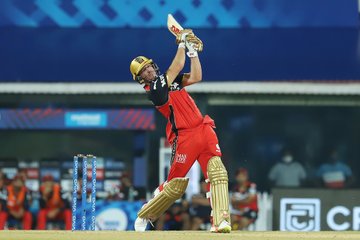 Kohli said de Villiers is a batsman who can bat on any wicket due to his versatility.

“The opposition gets nervous about AB,” said Kohli, who is also the India skipper, and shares deep bond with the South Africa batsman.

“We have depth in the batting which we want to utilise. AB is probably the only one in the team who is so versatile. And he does it on slow wickets what not many can do.”

Kohli had, in fact, spoken to AB during the recent series against England when he was struggling to get runs. AB’s tips – watch the ball closely — had helped the India skipper get back to form.

In Friday’s match against Mumbai Indians (MI), the South African batsman walked in at the fall of skipper Virat Kohli’s wicket when the team score was 98. RCB needed just 62 runs in 45 balls.

However, the former Proteas batsman saw the fall of three quick wickets at the other end. At 122/6, it looked like MI had sneaked in.

But AB kept his cool and brought his team within two runs of victory before being run out.

London mayor in talks with franchises to stage IPL in England