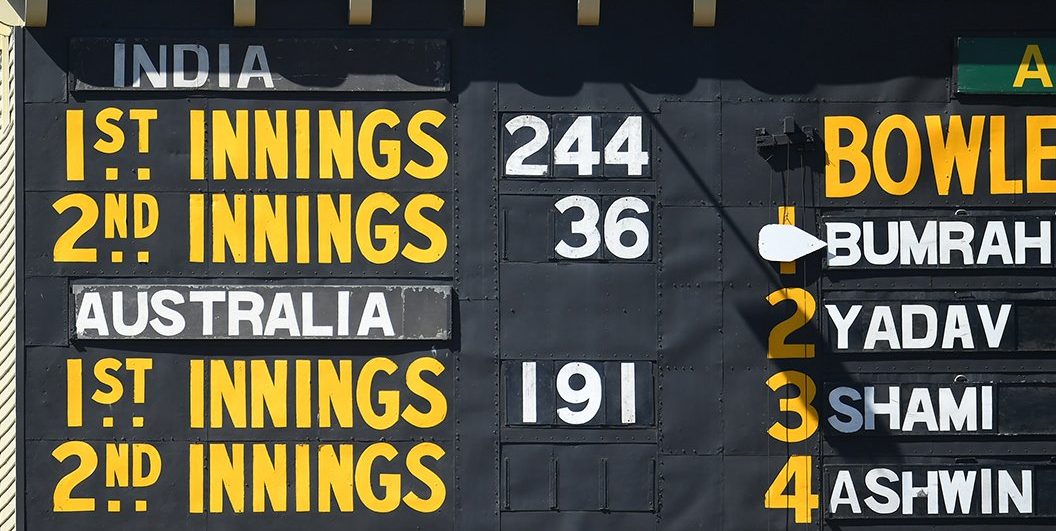 Adelaide: India posted their lowest-ever Test innings total of 36 runs in the second innings of the 1st Test against Australia at on Saturday.

By the 21st over, India were reduced to 36/9 with both Cummins and Josh Hazlewood claiming four apiece after which Shami retired hurt in the 22nd over.

Check out the stats behind India's record-breaking collapse on day three of the first #AUSvIND Test in Adelaide | @AdamBurnett09 https://t.co/BnNWg5sPo7

India began with their overnight score of 9/1. But they were quickly reduced to 19/6.

At one stage, India were reduced to 26 for 8 and looked like equalling the lowest ever Test score (26 by New Zealand).

The overall record belong to New Zealand – 26 against England at Auckland in 1955.

The five lowest scores for India:

Shami is getting some treatment for a nasty blow on the arm: https://t.co/LGCJ7zSdrY #AUSvIND pic.twitter.com/SyodTTQXO0