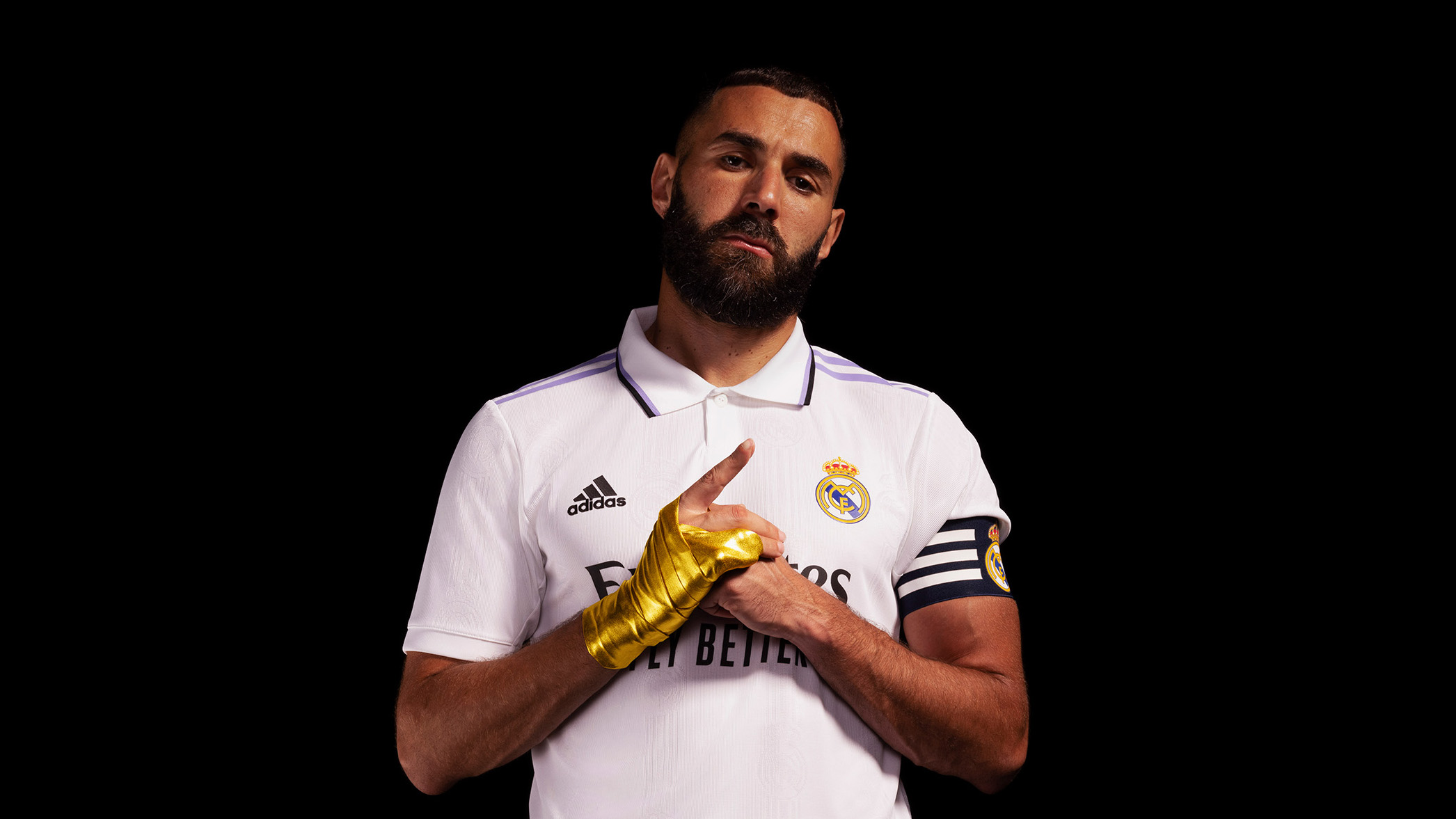 Since 2005 Karim Benzema has challenged for the highest honor of the game. With his golden touch, he’s overcome all rivals and become one of the most decorated players of this era. His historic Ballon d’Or win last night in Paris, marks what has not just been a remarkable season, but a remarkable career.

Winning this honor is a moment that reflects all games leading up to it. Showing that Impossible Is Nothing, Benzema’s iconic hand bandage is not only a signature look for the player – it’s a metaphor for his triumph over footballing challenges. After a series of injuries to his hand in 2019 that led to him having to wear it during every game, it represents the on-pitch battles he has both endured and prevailed over to make it to where he is now – at the very top of world football.

In celebration of this accolade, adidas reveals a stunning film, Hand of Gold, that embodies the idea that everything KB9 touches on-pitch turns to gold. The film shows Benzema’s hand bandage turn from white to the color of victory, communicating the inspiring story of a young boy from Bron in France, who shaped a career through determination to make it to the top.

Since 2007, adidas has partnered with Benzema, celebrating on-pitch achievements at various milestones in his career, including this historical win. To further mark this milestone, the brand has created a hyper limited not-for-sale golden X Speedportal boot for Benzema.

Further, adidas and Benezema’s club, Real Madrid, have collaborated for a special edition gold name and numbered Real Madrid Kit, which will be available for a limited time from 18 October, on Real Madrid Official stores, realmadrid.com and select adidas stores.