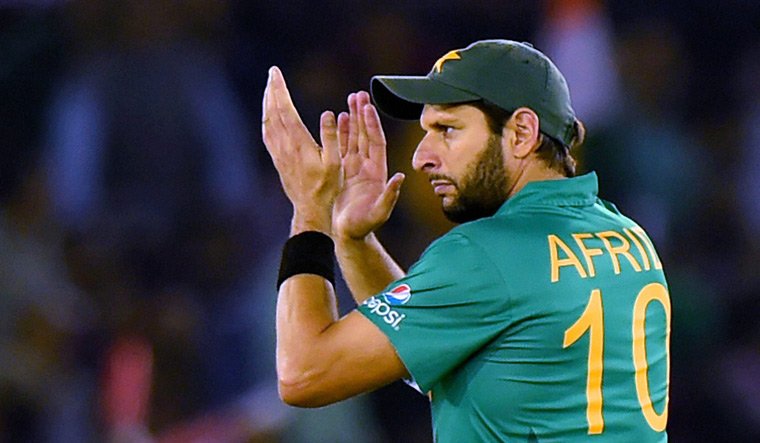 New Delhi: In awe of the work being done by Rahul Dravid in grooming talented Indian players, former captain Shahid Afridi has called on Pakistan greats to take a cue and nurture the young cricketers of the country.

Speaking at a function in Lahore, Afridi urged former cricketing stalwarts of the country to follow in the footsteps of Dravid, who served as head coach for the India under-19 and India A teams from 2016 to 2019.

Afridi noted that Dravid, who is currently heading the National Cricket Academy (NCA), had done a lot of hard work with the young Indian players at the under-19 level.

“I think as it is we are facing a shortage of quality talent so what is coming through needs to be groomed properly by our former greats. They can do a lot with these young players,” he said.

He noted that greats like Inzamam-ul-Haq, Younis Khan and Muhammad Yousuf can do a lot in shaping and polishing the young cricketing talent of Pakistan.

Deliberating on the Muhammad Amir issue and his refusal to play under the coaching of Misbah-ul-Haq, Waqar Younis, Afridi said this was an old problem in Pakistan cricket.

“Even in my time bowlers had problems with the coaches. My issues with Waqar are well documented. I think this can only be prevented when the board (PCB) opens up and listens and talks to disgruntled players,” he said.

Amir, who retired from international cricket recently, had said that he will not take back his decision until the present management of the Pakistan team is in place.

Afridi urged the PCB to speak to Amir and resolve the issue as the left-arm pacer still has a lot to offer to the country.

Afridi also took a dig at Pakistan head coach Misbah, insisting that he had learnt as an international cricketer that one can’t survive and perform with a chicken heart at the top level.

“Players need to be encouraged to be aggressive and play with a big heart, then only results will come,” he said.