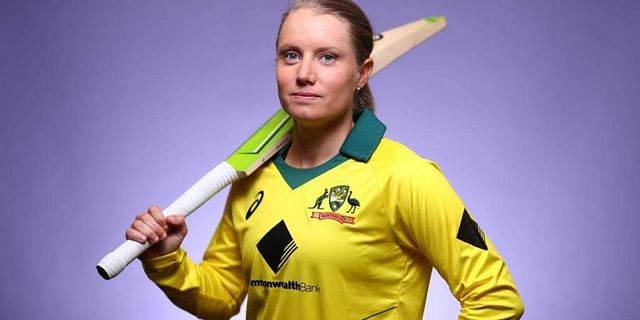 New Delhi: Australia’s star cricketer Alyssa Healy is hoping that the BCCI uses a part of its recent Rs 12,700 crore windfall to start a full-fledged Indian Premier League (IPL) for the women in the near future.

Aware of this development, Healy told ‘The Australian’ on Thursday, “They (BCCI) have made all those moves and there’s still no word on whether they are even going to play the postponed exhibition games. They just got a USD 2 billion payday and hopefully some of that will go back into women’s cricket and maybe a women’s IPL in the near future.”

“We want to see it happen, we want to see world cricket really strong and that’s the next step, for India to put on a showcase of an event and show the world how good these young Indian players are.”

The men’s equivalent of the IPL, the three-team Women’s T20 Challenge, hasn’t taken place since the 2020 edition in the UAE.

This year’s edition of the event didn’t take place, even as the second half of the IPL was moved to the UAE owing to COVID-19 cases in the bio-bubbles in India.

“I feel like I have made some thoughts known in the past about the way that has unfolded. From a personal perspective it was disappointing they postponed the women’s exhibition games. They did everything they possibly could to put the back end of the IPL on (after it was abandoned in April) leading into a World Cup and then within a week of that starting they have two new men’s IPL teams,” Healy said.

“Hopefully, it might start the conversation back in India about the women’s IPL. I know they would be really excited to see more of those exhibition games. A women’s IPL would be ideal, but just to showcase the talent they have got. I would just love to see them get as much opportunity as possible,” Healy said.

I am not racist: Quinton de Kock says fine with taking knee, available to play for South Africa