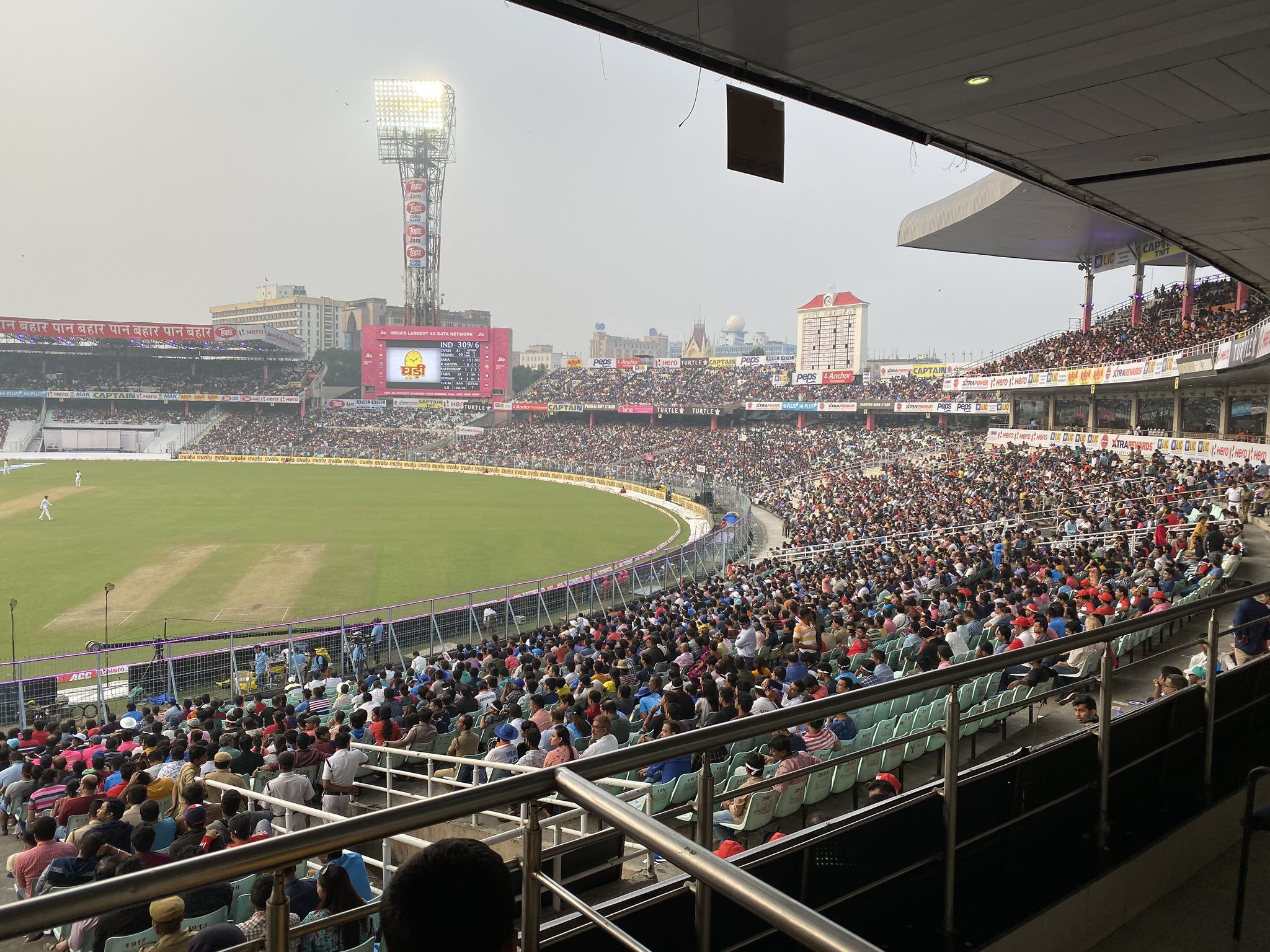 The Day/Night Test in pink ball made an encouraging start at the Eden Gardens. Photo: @Twitter

Mumbai: Despite the novelty of the Day/Night Test in a pink ball, the match ended too soon. It is time for a robust post mortem of how the events unfolded under new playing conditions at the Eden Gardens.

It was surprising to see Bangladesh choosing to bat first after winning the toss. Even if India had won the toss they wouldn’t have elected to bat.

Because it is always better to bat second when you are playing in a new ball, it gives time to players to notice how the ball behaves. As much as depleted a side Bangladesh are, yet it was difficult to fathom their strategy.

As Ishant Sharma mentioned, pacers usually tend to pitch the ball up early in a Test match in order to get some swing. They then try to settle into a length after examining how much swing is available to be exploited. It is a standard practice.

The Indian pacers found out that the pink ball wasn’t moving much at the Eden, instead it was wobbly. Umesh Yadav tried hard to swing the ball but couldn’t control the amount of its deviation, often drifting down the leg, which was easy pickings for Bangladesh batsmen.

Yadav revealed later that he changed his grip for better control as did Ishant, who altered his length to be more effective with the pink ball.

The colour of the ball and its dark black seam played a vital role in how the pink ball behaved. That’s the novelty of pink ball, day/night matches.

When white ball was introduced, there was much speculation and circumspection. The white ball swung less than the traditional red cherry.

Pink balls swing more but should be encouraged for the sake of Test cricket’s future. Day/Night Tests could be a solution to Test cricket’s dwindling crowd count. The Eden Test started at 1pm, a good 90 minutes ahead of the standard starting time of a day/night cricket match.

Despite all circumspection and debates, the match went on without any hitch and the pink ball behaved decently. Rather than the ball’s behaviour, what was more intriguing was the concussion rule. As per the rules, a concussed player is allowed to be substituted by a fit player.

Bangladesh were already a depleted side going into the Eden Test and they became weaker after two of their players – Liton Das and Nayeem Hasan – had to be substituted. Not just them, up against India’s fiery pacers, several other Bangla players took severe pounding.

The Bangladeshis were not able to pick the line. They were late in reacting and were hit. The quality of batsmanship had much to do with it.

The Indian batsmen, on the contrary, were never hit on the body or helmet as they had better technique and none of the Bangla pacers had the pace to trouble the hosts.

Concussion has emerged as a key issue in modern cricket and the day is not far when a needle surgeon would be added to the medical team. Physios are not quite equipped to handle head injuries.

The concussion substitutes must have damaged the morale of the visitors. In the 1970s and 80s many good Indian batsmen lost their confidence after being by bouncers. They were never the same after being hit.

If India has to play a Day/Night in Adelaide next year against an Australian pace attack comprising Josh Hazlewood, Mitchell Starc and pat Cummins, they have to prepare from now. Not only batting in the nets, Indians would require to bat in matches, duplicating the day/night conditions.

That would be a challenge, and kudos to BCCI chief Sourav Ganguly for initiating it in India what the whole world has already done it.

Indian players, notably Cheteshwar Pujara, commented that sighting of the ball was a tad difficult after sunset, a view which should be taken seriously. Virat Kohli, Rohit Sharma were also not always certain about the ball’s movement.

The question thus arises – should something be done to improve visibility of the pink ball during twilight?

Had there been a more potent attack than Bangladesh’s, India would have faced a sterner test. There should be an analysis of the visibility, though the findings may not necessarily be made public. But alteast the Indian batsmen should be asked and action should be taken.

Nevertheless, the pink ball Test made a very good beginning. If the BCCI is really serious about making it a permanent fixture across Indian centres, then Ranji Trophy’s knockout matches should be played under lights with the pink ball.

It would allow a pool of top 80-100 players in six teams get pink ball experience. It would help Indian cricketers in adapting to the challenges of negotiating the ‘Pink Revolution’.

The proactive and forward thinking Dada could accept these suggestions and Indian cricket could be better for it. Atleast the sight of only crows and pigeons dirtying empty stadiums during Ranji Trophy games could well be a thing of the past.

Sachin Tendulkar’s suggestion to his one-time batting partners Ganguly on Duleep Trophy ought to be discussed within the BCCI. He has a point.

The Duleep Trophy was originally was played on a zonal basis for four to five decades. After discontinuation of the zonal format, Tendulkar says, players now play for themselves not for their teams.

His observation is accurate. In the early years, the standard of domestic cricket was poor and apart from West and South zones the three other zones – North, Central and East – hardly put up a fight. 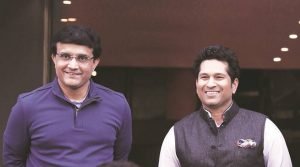 Sachin Tendulkar has suggested a structural revamp of Duleep Trophy to Sourav Ganguly.

Top players of a particular zone got selected to the zonal team. Later on, the elite and plate divisions were introduced and teams were named on the basis of the colour of their jerseys.

In the current domestic structure, it isn’t possible to form a zonal team. With the advent of the IPL, the domestic fixture is already cramped. With over 2000 matches in Ranji Trophy and the IPL, where is the time for Duleep Trophy?

To sustain Duleep Trophy’s significance  the tournament could be played in the same format as the Moin-ud-Dowlah Gold Cup (90 and 40 overs) to keep the interest intact.

Though there are groups in the Ranji Trophy, performance of players representing a particular zone should be considered for Duleep Trophy’s selection.

The 90 and 40 overs format in a round robin league structure would get the competition over in three weeks because it would essentially be a two-day match.

This format, which would enable cricketers to play for their teams, could help achieve what Tendulkar suggested. Zonal cricket structure brings a sense of belonging to players from their zones.

Without a tweak in Duleep Trophy’s format, the tournament’s importance would diminish because of fixture congestion.

The BCCI could dwell on Tendulkar’s suggestion and look for ways to revamp the Duleep Trophy.