After IPL, Team India use new ways to prepare for Aussie wickets 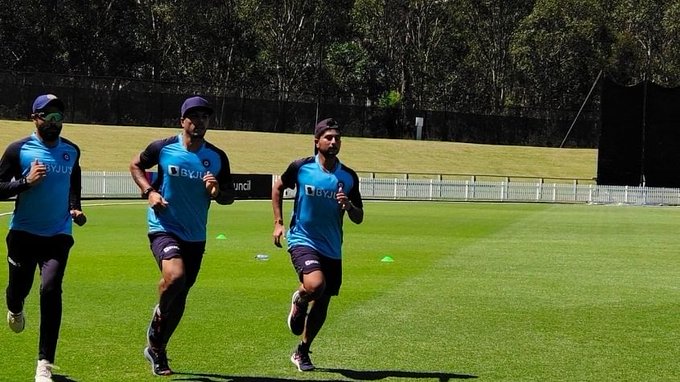 Sydney: The Indian cricket team is using innovative ways to counter the extra bounce and pace they are expected to face on Australian surfaces over the next two months.

In a video posted by the Board of Control for Cricket in India (BCCI) on Monday, spinner Ravichandran Ashwin is seen hitting a tennis ball with a tennis racquet at batsman KL Rahul in the nets.

The top-order batsman, who led Kings XI Punjab and was the highest run-getter at the just-concluded Indian Premier League (IPL), is seen playing the pull shots to deliveries directed at his body and evading or guiding those that are slightly outside the off-stump. Ashwin ensured that the ball did not bounce before reaching Rahul.

How is that for innovation? 😎@ashwinravi99 grabs 🎾 racquet while @klrahul11 faces volleys with his 🏏 #TeamIndia pic.twitter.com/03ZV003SdV

“How is that for innovation? Ravichandran Ashwin grabs tennis ball racquet while KL Rahul faces volleys with his cricket bat and ball,” BCCI tweeted along with a 39-second video.

Extra bounce and pace are going to be a challenge for the Indian batters in the forthcoming series after a 53-day long IPL season this month on slower wickets of the United Arab Emirates.

Practicing in the nets with tennis ball on Australian tour has been done previously by sub-continental teams to counter the bounce and pace Down Under.

However, with the players coming to Australia straight from the UAE and not getting enough practice games on Australian wickets ahead of the limited-overs series that begins on November 27 due to strict quarantine rules, net sessions like these assume greater significance.