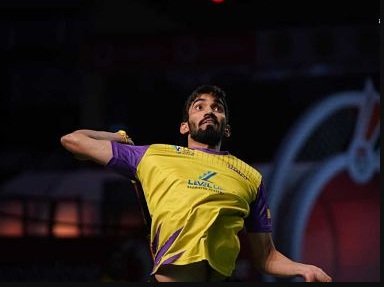 New Delhi: Ace Indian shuttler Kidambi Srikanth on Monday pulled out of the upcoming Premier Badminton League (PBL) to focus on international events ahead of the 2020 Tokyo Olympics.

The 26-year-old from Guntur, who had guided Bangalore Raptors to their maiden title win in the last PBL, will not feature in the fifth edition scheduled to be held from January 20 to February 9.

“It’s a tough road ahead. Need to go full throttle and fulfill the expectations that lie on me. Hence, I won’t be playing PBL this year to focus more on International events. Wish @blr_raptors all the very best and hope for a smashing season this year as well,” Srikanth wrote on his twitter handle.

Srikanth is currently enduring a winless streak since claiming four titles in 2017. He had reached the finals of India Open earlier this year.

He has been battling form and fitness issues and has slipped to world no 11. He made it to the semifinals of Hong Kong Open earlier this month.

London Games bronze-medallist Saina Nehwal, who is also going through a bad patch, had withdrawn from the PBL on Sunday to prepare herself for the next international season.

Being the pre-Olympic year, shuttlers across the globe are trying to stock up ranking points to make the cut for the Tokyo Olympics to be held from July 24 to August 9, 2020.

The Olympic qualification period is between April 29, 2019 and April 26, 2020 with the ranking list published on April 30 to be used to decide the spots.