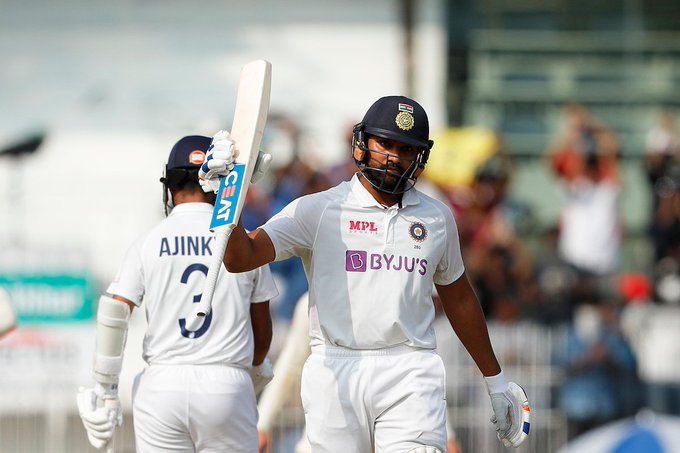 Southampton: Rohit Sharma believes that keeping things “simple and realistic” against a quality side like New Zealand should be the way to go for the Indian team in the World Test Championship final, the opening day of which has already been affected by a heavy downpour.

Rohit, who will be opening for the first time in England, is also confident of tackling the New Zealand attack, having faced it enough in the shorter formats.

“I have played those guys and know about their strengths and weaknesses. It will all boil down to what the conditions are, what sort of situation the team is in, whether we are batting first or second,” Rohit told broadcasters ‘Star Sports’.

The marquee game’s opening session was rained out here on Friday.

“All that will count and it’s important not to overthink. Against a quality side, it is also very important to keep things simple, and realistic,” said the senior opener, who has scored 1000 plus runs in the World Test Championship cycle as an opener.

A white ball superstar, Rohit loves the traditional format for the challenges that it poses for sustained periods of play.

“You are challenged for five days and which I think doesn’t happen anywhere. Everyday brings a different challenge, a longer game that needs patience, you play in different conditions and it’s not the easiest,” he said.

“You have to be mentally fresh for five days to make good decisions on the field. Physically you need to be fit to accept and overcome those challenges,” he added.

Women’s one-off Test: India all out for 231, England enforce follow-on