Aggression should be in game: Tendulkar on U-19 WC fracas 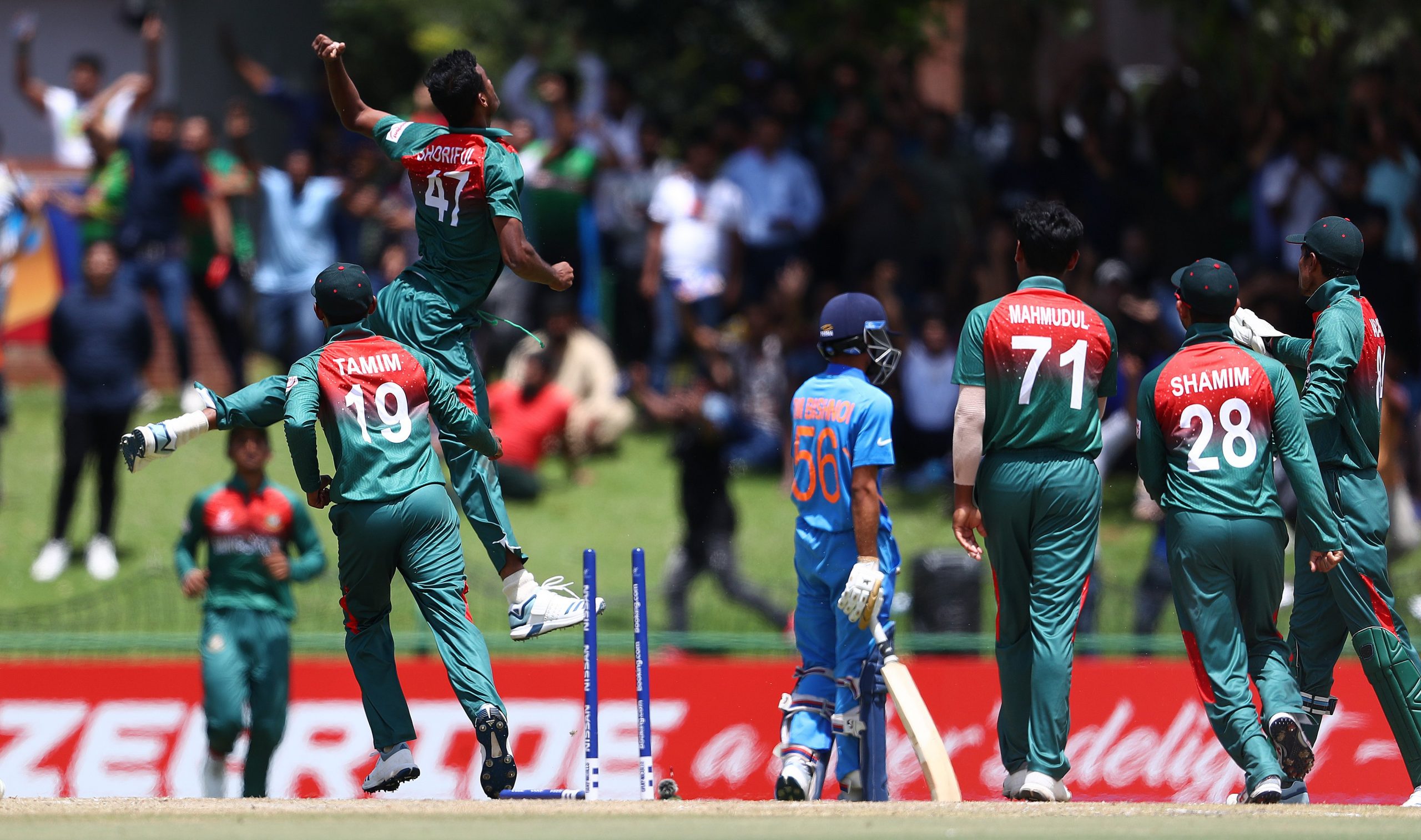 New Delhi: Batting legend Sachin Tendulkar has expressed his disappointment at the way India players behaved against Bangladesh in the U-19 World Cup played last month in South Africa and said that one doesn’t need to be vocal and say foul things for showing his/her aggression.

After Bangladesh defeated India by three wickets (via DLS) in the U-19 final at the Senwes Park last month, the players of the two teams were seen engaging in an exchange of words and even some pushing and shoving on the field.

“One can only make an effort to teach individuals, but then a lot depends on the character of an individual. In a crunch moment, one should be able to control certain things and not forget that the whole world is looking up to you. They are following certain things,” Tendulkar said in an interview to a newspaper.

“So, I think those are the moments where controlled aggression helps. One needs to be aggressive but being vocal and saying foul things doesn’t mean that you are aggressive.

“Aggression should be in your game, the way you bat or bowl-that aggression which helps the team and not goes against it,” he added.

Following the post-match fracas, the International Cricket Council (ICC) had sanctioned five players, including three from Bangladesh Towhid Hridoy, Shamim Hossain and Rakibul Hasan and two from India Akash Singh and Ravi Bishnoi for the scuffle.

Tendulkar, a veteran of 200 Tests and 463 ODIs, further said there”s a method of showing aggression and one shouldn”t cross the line while doing that.

“Like me the rest of the guys also want to win and those are the things one should keep in mind. Are you trying to tell me that Roger Federer is not aggressive? That he doesn”t want to win? He wants to win every point. But the body language, what he says and the mannerism really matters. That is really setting example,” he added.

Former cricketers Kapil Dev and Mohammad Azharuddin had earlier urged the BCCI to take strict action against the India U-19 players involved in the scuffle.

Bouncing back isn’t a term we use: Williamson on recovery after Oz debacle