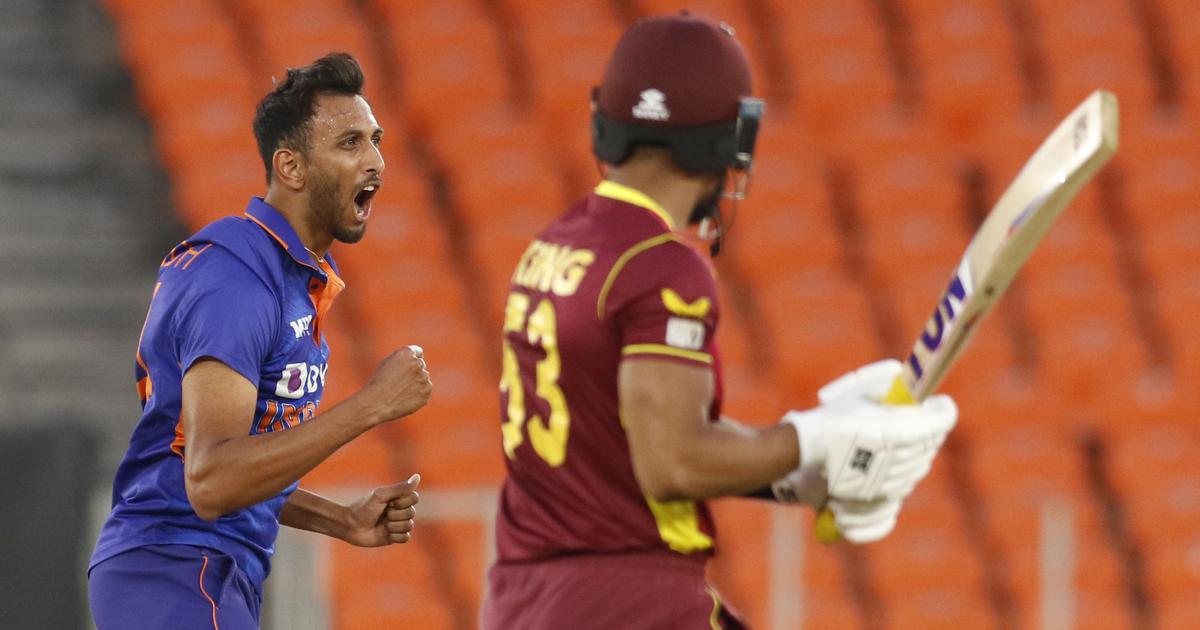 Chasing 238 for victory, West Indies faltered in their chase to be bowled out for 193 in 46 overs in Ahmedabad. India took an unbeatable 2-0 lead in the three-match series.

Earlier Suryakumar Yadav top-scored with 64 to help India to 237-9 in 50 overs after being invited to bat first by West Indies came into the match without injured skipper Kieron Pollard.

The final match is on Friday at the same venue.

Skipper Rohit Sharma hailed Prasidh Krishna’s spell of 4-12 as one of the best in India.

“I have not seen that kind of spell in a long long time in India,” Rohit, who took over as the full-time ODI skipper in the previous match, said of Krishna’s bowling.

Krishna, who played his sixth ODI for India since his debut in March last year against England, said it was “flattering” to hear such high praise from Rohit – a veteran of 229 ODIs.

Pace bowler Shardul Thakur took two wickets while the rest of the bowlers got one each.

Suryakumar Yadav’s 64 remained key as India posted 237 for nine, a total that looked below par but proved enough for the tourists who came into the match without injured skipper Kieron Pollard.

In reply, West Indies lost opener Brandon King for 18 and Darren Bravo for one with Krishna taking down both the batters in his first two overs.

Krishna struck again in his second spell to send back stand-in-skipper Nicholas Pooran, for nine, as West indies slipped to 66-4.

“I have been striving to get more consistency. I remember when I started, I was excited and had so many emotions running through me,” player of the match Prasidh told reporters.

“But over a period of time we have had our plans very clear and glad it paid off.”

Shamarh Brooks raised hopes of a fightback with a 41-run partnership with Akeil Hosein who attempted to keep up the chase after his partners’ departure in another gritty stand with Fabien Allen.

All rounder Odean Smith, who took two wickets with his pace bowling, gave India a scare with 20-ball 24 but Washington Sundar got him out and Krishna took the final wicket.

Earlier Yadav and KL Rahul, who made 49, put on 90 runs for the fourth wicket after West Indies fast bowlers struck early to reduce India to 43-3.

Pace spearhead Kemar Roach drew first blood after getting Rohit caught behind for five in the third over of the innings.

Pollard’s replacement Smith rattled the hosts with his double strike in one over to send back Rishabh Pant, who opened the batting, out for 18 and Kohli also walked back on 18.

“Odean is special. He is a strong guy,” Pooran said of the 25-year-old Smith who played his fourth ODI since his debut in January.

“He is still young. With experience, sky is the limit for him.”

The final match is on Friday at the same venue.