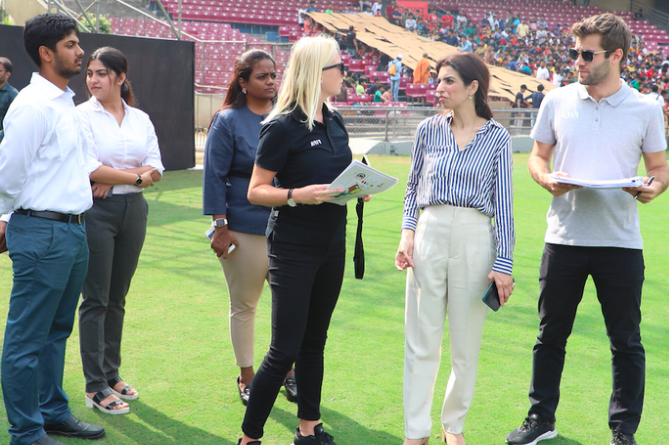 Ahmedabad: The local organising committee of the FIFA U-17 Women’s World Cup 2020 on Sunday confirmed Ahmedabad as a provisional venue for the tournament.

Addressing the media at TransStadia, LOC tournament director Roma Khanna said, “We are happy to give a provisional clearance to Ahmedabad. The government of Gujarat has committed its full support and assistance into making the FIFA U-17 Women’s World Cup India 2020 a big success in the state.

“TransStadia is one of the best facilities in the country at the moment, and we would like to congratulate the government and the stadium authorities for being part of one of the most important events in the history of Indian football.”

Gujarat’s sports minister Ishwarsinh Patel stated, “It will be a huge honour for Gujarat to host the first FIFA tournament for women in the country. We are completely committed to fulfilling all our responsibilities towards making the Tournament a success.”

The FIFA delegation too had expressed satisfaction at the progress made in Ahmedabad when they inspected the facility on November 30.

The tournament will be held next year between November 2 and 21.