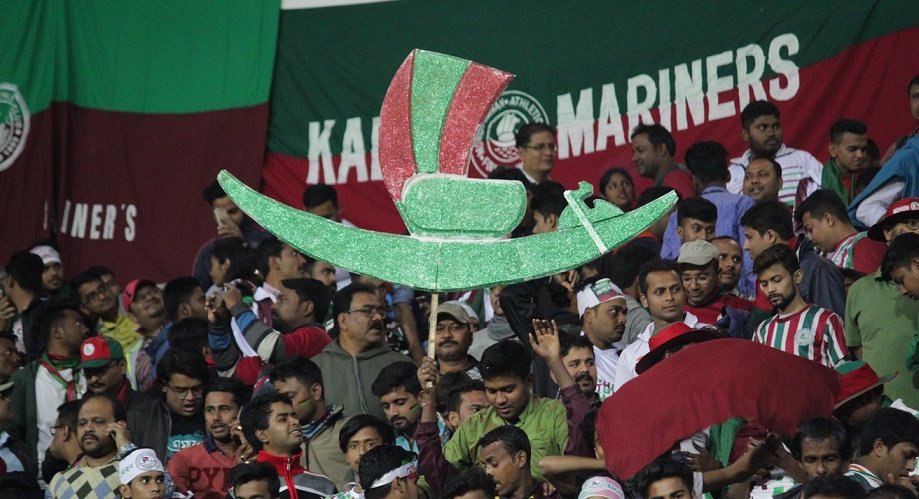 Going, going, gone! Mohun Bagan are all set to migrate to ISL next season after its merger with ATK.

New Delhi: The statement issued by the All India Football Federation (AIFF) after the league committee meeting on Tuesday was a pleasant surprise. For a change.

To try and give the I-League a wider perspective is a commendable effort. Especially when the popular belief is the 22-year league has already been reduced to the backbench; it is nothing but a struggle that may evaporate into thin air in the next three years.

It also reminds of the soap opera that one witnessed not so long ago, at the start of the current season. A corporate house from a metropolis was all but ready to join the I-League. It even reportedly set dates to hold trials to identify players for its possible squad.

What happened next is Indian football’s worst kept secret now. The federation’s marketing partners allegedly did not like the idea. So, the soccer NSF decided to dump the project. After all, they have the bigger responsibility of taking Indian football ahead.

Things have changed since then. As per the desired script. I-League’s wings have successfully been clipped. Its AFC Asian Championship League (ACL) spot has been snatched away. It’s leading teams are on verge of deserting the platform.

Then why the sudden change of mind? Given the current scenario of Indian football and I-League in particular, it is hard to imagine corporates queuing up outside a certain office in Dwarka to buy bid papers.

Well, one may suspect the sudden rush of blood for I-League’s progress could have been generated with a different idea. Now that another tournament has been safely perched at its “rightful” place, it won’t be a bad idea to “work” for “betterment” of others.

It’s a far-fetched and bias allegation, one may turn around and say. Agreed. But is it really possible to rope in corporate teams at this juncture? When the corporate support of I-League teams is much on the downslide?

There is at least one I-League team whose corporate partners have made their intention clear to move away. So much so, they have even removed their name from the club logo in the middle of the season.

East Bengal’s desire to play in ISL is an open secret in Indian football.

One is not sure whether such an act calls for sanction from the parent body. After all, the license to play the I-League was acquired by the corporate in the name of the club.

Moreover, the future of I-League is not too clear, the roadmap notwithstanding. For all practical purposes, it is the second tier league; however hard one may attempt to paint it as the parallel league. The lack of clarity on its post-2024 future is a matter of concern.

Not exactly the best way to encourage people spend money on football. Moreover, the AIFF hasn’t provided any sense of security to the I-League clubs either.

The League committee has its own reasons. Mohun Bagan is set to disappear as a club from next season and merge with a franchise unit. Their arch-rivals East Bengal may also follow suit. There could be couple of vacant slots that have to be filled immediately.

Accepted. Hopefully, the plan to induct fresh teams would be chalked out with due diligence. The plan should not be a short-term one but with longer implications in mind.

The list of I-League clubs shut shop in the last few years is too embarrassing to look at. At least to those who care for Indian football. Why make the list longer?

But then, we know the League committee has limited power. One proposes in the national capital. Someone else disposes it at the western coast. The corporate houses too by now must be well aware of it.