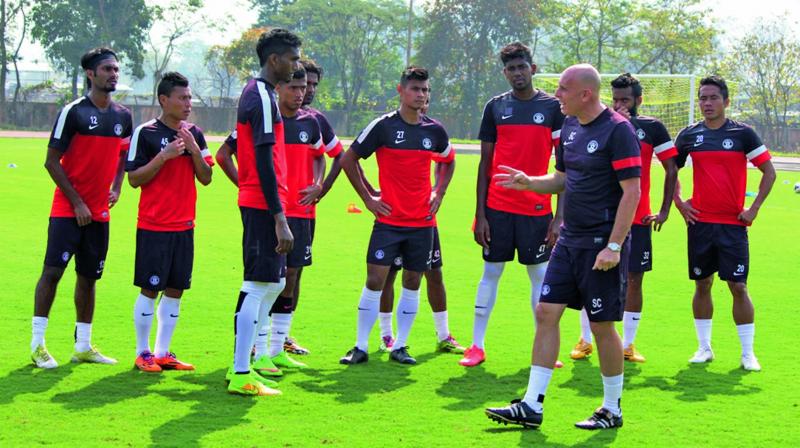 The hunt for India's next national football team coach is on. Photos: Sourced online.

The All India Football Federation (AIFF) will soon shortlist applicants from about 260 job seekers who have applied to become India’s head coach following Stephen Constantine’s resignation after the 2019 Asian Cup.

Not everybody would be happy with the development as many believe that an Indian must get the job, although others opine that a foreigner from a more advanced footballing culture is best equipped for the job.

The debate has been going on since 1964 when the Harry Wright took over as the national coach, albeit not with the best results. As one 1960 Olympian who played under the Englishman commented, he was not the ‘Wright’ choice for Indian football.

During the 1970/80s, Indian coaches produced results, though they were appointed for one tournament or two.

Under PK Banerjee and GMH Basha, India finished third at the 1970 Asian Games. India were the joint champion in 1974 Asian Youth Championship in Iran under the late SA Salam and Arun Ghosh, our last trophy at the Asian level. 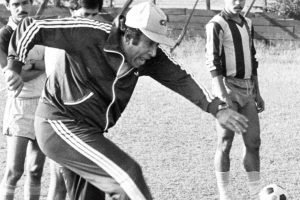 Indian coaches should be given longer time. Derrick Pereira was given only two weeks to helm the U-23 team for the 2020 Asian Football Confederation (AFC) Championship qualifiers.

Despite not having time by his side, Derrick’s boys produced reasonable performances against tough opponents like Uzbekistan and Tajikstan.

Our experience with foreign coaches has produced mixed results. Critics say that a having a foreign coach is not a good idea as he does not know the language. But that is not a valid criticism. I will always remember what Basha bhai, who enjoyed three stints as India’s coach during the seventies, used to say, “Football has a universal language.”

His belief got validation when Vitali Suyunov came to India for a month on the invitation of the All India Football Federation (AIFF) during the mid-nineties. 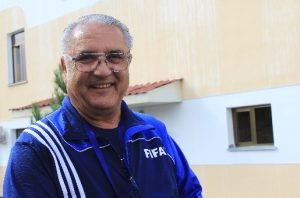 Rustam Akramov was India’s coach during the mid nineties.

Rustam Akramov was our national coach then. Suyunov, Akramov’s mentor, didn’t speak English but conducted a training session with effortless ease to the amazement of all present, including reporters. But of course, it helps if a foreign coach is able to communicate in English.

It is customary in football for countries to hire foreign coaches. I think about 80-85 per cent of national football coaches are foreigners.

Two experienced Indian coaches should assist a foreign coach, explaining the various cultural and language problems our players face. One of them should have a decent command over English and should be able to translate it into Hindi for the benefit of players.

India’s best foreign coach was Milovan Ćirić (1984-85), then ranked among the 10 best coaches in the world. I was fortunate to play under him.

Ćirić made a lasting impact on Indian football. The national team used to stay in youth hostels, schools or military barracks during the camps but the Yugoslav national instead that they should be upgraded to four or five star hotels. Some critics made fun of it, saying that he was introducing five-star culture in Indian football but I felt it was a positive development. 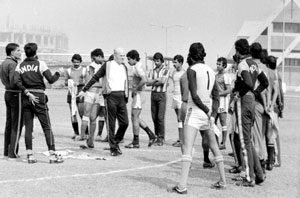 Milovan Ciric (centre) produced some good results during his tenure in the 1980s.

He knew how to get the best out of players. Our team (with Santo Mitra and Amjad Khan as assistant coaches) performed well under him. We narrowly lost 0-1 to a star-studded Argentine team in the 1984 Nehru Cup, a team that had several players, coach Carlos Bilardo (minus Diego Maradona) who went on to win the World Cup two years later. We also qualified for the 1984 Asian Cup finals.

He used to only come a month or two before an international tournament unlike now when foreign coaches are in India for the entire year. Had Ćirić been allowed to be with us for the entire duration our results could have been much better.

Hungarian World Cupper Josef Gelei and Uzbekistani Akramov were the other notable coaches who came to India.

In more recent times, Bob Houghton and Stephen Constantine (second innings) also delivered results. But considering that all of their demands for the job were met, more was expected of them. 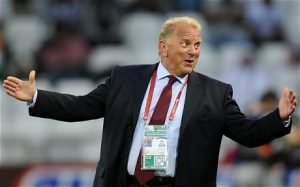 In 2005, during his first tenure, Constantine returned to Goa after India lost to Oman in Kochi. He joined in a discussion I was having with some Goa FA officials in the Nehru Stadium at Fatorda. I urged him to take a look at some talented players in the State Bank of Travancore team who were playing well then.

But to my disbelief, he said that SBT play in the second division of the National Football League (predecessor to the I-League) and hence were not suitable for consideration.

I was really surprised at his statement, and also that of India’s former technical director Rob Baan, who excused himself from watching the Santosh Trophy in 2013.

The AIFF should have made them realise that teams playing in the top tier represent only few states/centres, a situation that persists till today, whereas the Santosh Trophy gave teams from all states a chance to shine. 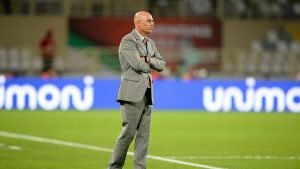 Stephen Constantine stepped down after India’s exit from the 2019 AFC Asian Cup.

Foreign coaches should not talk too much and should realise that the football set-up in India is not standardised in all states as it is in Europe. So I was happy to hear Constantine say during his second stint that he would go to small and big tournaments, including the University level, to spot players.

I feel that an Indian coach should take over the reins for atleast two years. And if the AIFF does that, I am sure the results under him would not be any worse than what we have achieved under some of our recent foreign coaches.