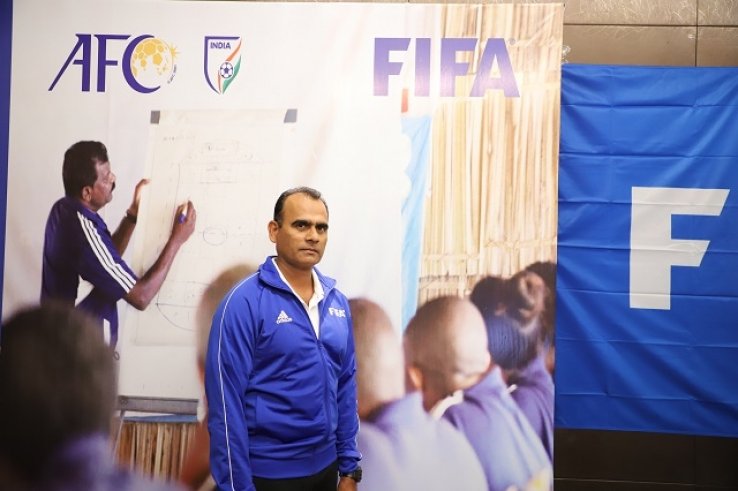 New Delhi: Pushing 80, Arun Ghosh is not too interested in talking about his own playing days. Not even about his exploits during India’s memorable triumph in 1962 Asian Games.

“Oh! That’s ancient history….I don’t remember much. I can tell you about this boy, Sunil Chhetri; he is very good,” says the legendary defender with a laugh.

But there is one “ancient” topic he never stops talking about. And remembers things in minute detail. It is about his coach late Dashu Mitra.

“He shaped my career at every step. He taught me the nuances of the game. Without him I wouldn’t have played 1960 Rome Olympics at the age of 19,” says Ghosh.

Mitra was a selfless man. As coach of Howrah Union club, he produced footballers like Arun Ghosh, Chitta Chanda, Amiyo Banerjee and many others. But he never received a promotion in the government department he was working with.

“I won’t blame his office. Dashu-da had no time for them. He ate, slept and breathed football coaching. And mind it, as a coach, he never received a penny,” says Ghosh.

To quote Ghosh again, it was ancient time. To coach in India now, one strictly needs a license as per Asian Football Confederation (AFC) courses. Licenses of different levels – C, B, A and Pro. In days to come, things could be tougher.

In the current set up in India, once a license holder is always a license holder. It is set to change. From next year, coaches could be forced to go for refresher courses once in three years. Or face the danger of having the license cancelled.

Things, one believes, is still in pipeline. A portal would be created and licensed coaches would be asked to register. The process would be monitored before the rule is enforced.

Not a bad idea indeed. It is a common rule in Europe. Even the highly-paid legendary coaches have to follow it. One has to refresh his knowledge from time to time. Otherwise, it is difficult to keep up with the development in modern football.

In India, some could feel uncomfortable if the rule is brought in. Refresher courses won’t come free and coaches have to pay again and again every three years. As it is, the employment scenario for coaches in India is not too bright.

There are around 200 coaches holding A license in India. Most of them are self-employed like running soccer academies and coaching courses. Some could be under-employed, coaching at a level where one doesn’t need a top grade license.

Top clubs in India, sadly though, do not have much faith in Indian coaches. Not at the top position, at least. In I-League, 70 per cent of coaches are foreigners.

In ISL, the head coach has to be of “international repute”, he should possess an AFC Pro license or equivalent and last but not the least, each head coach appointment is subject to approval of the league. So far, no Indian has made the cut. 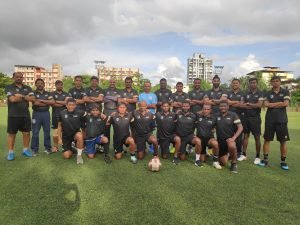 The All India Football Federation has been provided the conferment of Coaching Convention A Level by AFC.

Recently, All India Football Federation (AIFF) has been provided the conferment of Coaching Convention A Level by AFC. It would allow Indian A and B license coaches to seek coaching jobs in other Asian nations. According to AIFF head of Coach Education and former India player Savio Medeira, it is a huge honour and achievement.

Definitely, it is. But will Indian coaches get foreign call up? Highly unlikely. They are not even entrusted with full responsibility back at home. Bigger clubs recruit foreign coaches. The national federation invariably hands over prime posts to foreigners.

The introduction of coaching license system has forced some top coaches fade away. Sukhwinder Singh, Subhas Bhowmick, Subrata Bhattacharya, Bimal Ghosh were household names. They could produce dazzling results, but not the required certificates.

Well, to look for Dashu Mitras would be impractical. But the current lot doesn’t always inspire confidence. Because they are not offered enough opportunities. It is necessary to create a decent job market.

Else, all of Savio Medeira’s hard work may go down the drain.

Jaydeep Basu is a sports journalist for more than 35 years based in New Delhi. Find more articles from him at Jaydeep Basu.