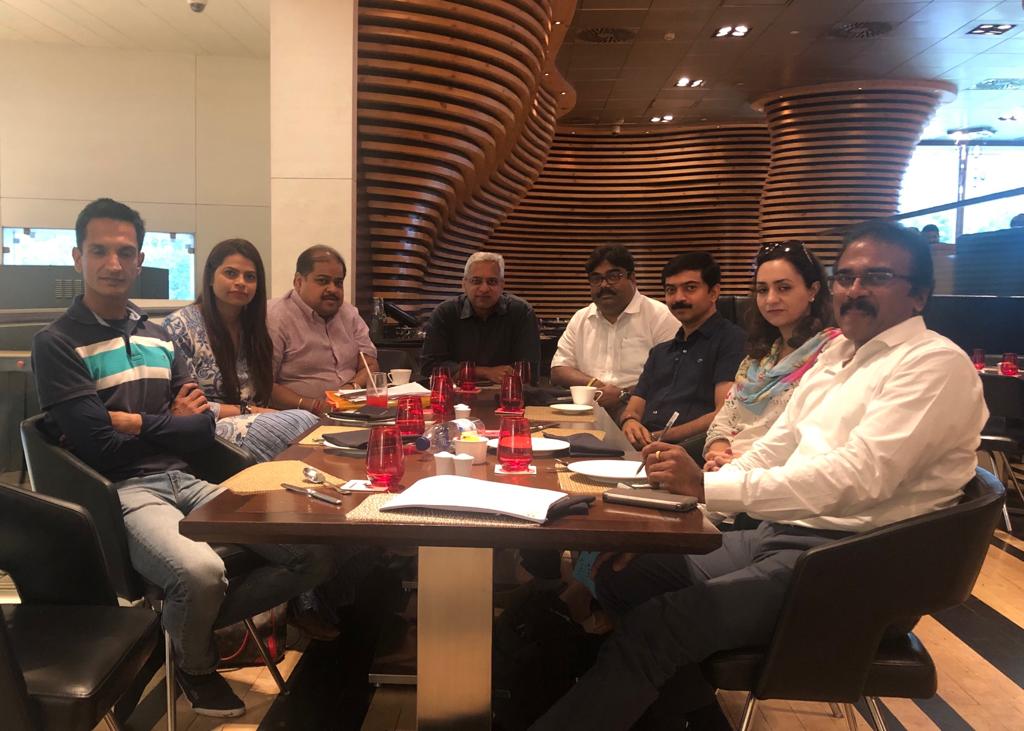 I-League clubs said they were happy to air their concerns to the AIFF president Praful Patel.

New Delhi: I-League and the Indian Super League (ISL) could co-exist together for the next two-three years amidst ongoing deliberations on which one should be promoted as the country’s “top league”.

After a meeting in the Capital with representatives of six I-League clubs, the All India Football Federation (AIFF) president Praful Patel said the governing body is keen to continue with its two league structure but await a stamp of approval from the Asian Football Confederation (AFC).

What also needs to be finalised is which league gets the AFC Champions League qualifier spot, the AFC would recognise it as the country’s official top league. The AFC status is the principal bone of contention between I-League clubs and AIFF’s marketing partners- FSDL, the ISL’s promoters. Patel though termed it a “minor issue”.

“The more important thing is to get recognition from AFC for I-League. They didn’t agree for current arrangement forever. Need to convince them first,” he said on Tuesday.

Despite the AIFF’s contractual obligations to nominate the ISL – conceptualised and run by FSDL – as the top league, the AIFF president said he values the importance and role played by I-League clubs in Indian football’s ecosystem and is not willing to brush them aside simply on the basis of a legal deed.

“We don’t want to pack up the I-League. It should continue. But ultimately there should be a roadmap of Indian football. Two leagues cannot go on permanently. It is just a solution for the time being.”

…2/2….video of AIFF president …after hearing this we invested our life’s savings…..how is this not clear Case of FRAUD ? And conspiracy to commit fraud along with AIFF FSDL RELIANCE #IleagueBachaoFootballBachao & didn’t AIFFpresident not know about the contract signed? pic.twitter.com/4U26yrxqMR

All these steps would, however, be taken only after safeguarding the interests of FSDL – a subsidiary of IMG-Reliance.

“Our commercial partners have to be consulted. At the end of the day, there are costs involved,” Patel said, adding that he is working towards getting both leagues “recognised by the AFC.”

It is believed Patel has kept open the avenue for I-League clubs to accept the AFC Cup slot. The AIFF is also open to the idea of spinning a fresh “tagline” for the I-League, should the clubs accept the “demotion”.

With no calendar declared for the 2019-20 season and uncertainty over AIFF’s TV partners to broadcast I-League matches, Patel has proposed a 50-50 model to the clubs for telecast of the league’s matches.

Patel has said he would speak to Indian football’s official broadcaster to foot half of annual broadcast costs (believed to be around Rs 7 crore) of the tournament provided the clubs agree to fund the remaining half.

Patel and the I-League representatives said the hefty fines handed to the clubs for their Super Cup pullout wasn’t an issue that was up for discussion as it is not concerned with the “future roadmap of Indian football”.

‘We feel what we have done is right. We are confident of getting justice,” Dutta said.

“The I-League clubs did not mention it. It was not part of the discussion in the meeting. Super Cup fines is a matter of the judicial body. The body will lose its essence if the AIFF interferes,” Patel said.

I-League clubs have sought a timeframe of 24 hours to evoke a response to the AIFF chief’s suggestions. The AIFF will hold its executive committee meeting on July 9 it is expected to draw a plan for the impending season.