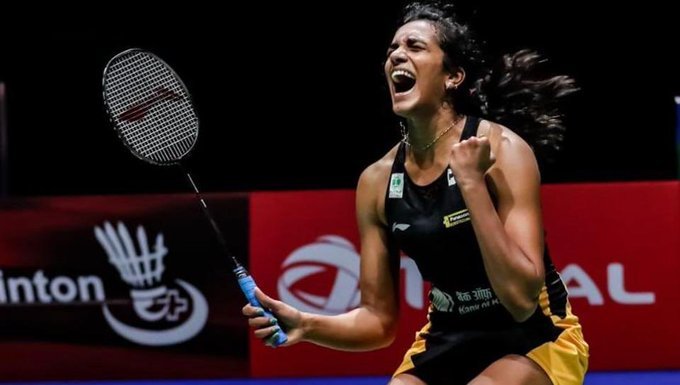 New Delhi: Staying on top is harder than getting there, PV Sindhu is aware of the enormity of her task. Hence her aim now is for continued improvement that would enable her to remain at the top.sports news headlines

Awards and rewards have overflown since she landed in India after her World Championships triumph in Basel. But Sindhu is keen to overcome the trappings of fame and has already shifted her focus to the China Open (September 17-22) and Korea Open (September 24-29).

“The top 1-20 players in the rankings are practically of the same standard. I plan to change a few things and master some new tricks.sports news headlines

“I should have a new strategy as by now everyone is aware of my game and have tracked me accordingly,” the 24-year-old said at a junior badminton event in the Capital on Tuesday.

Learning from her past mistakes and improving on her deficiencies are also high on her agenda, and she is working closely to plug loopholes under Pullela Gopichand and Kim Ji Hyun, the new entrant to her coaching unit.

Kim’s addition has admittedly made a difference, most noticeably in her net play and aggressiveness, as evident in her World Championships final victory over Japan’s Nozomi Okuhara.

#Live @Pvsindhu1 – Our Brand Ambassador & BWF World Champion at the #PNBMetLife #JBC5 finale, "The huge numbers of participants from every corner of the country, proves that the nation is bubbling with talent, that needs to be harnessed to make India a world leader in badminton” pic.twitter.com/jZOufNBXEF

“Kim has only arrived a couple of months. We plan things together. Her focus is not just on any particular stroke but on my overall game. But she has helped improve my front court shots and defence,” the Rio Olympics silver medallist elaborated while speaking of Kim’s impact on her game.

Aware that her Basel gold has only whetted the appetite of the country starved of an individual Olympic gold (Abhinav Bindra being an exception) she isn’t willing to think of the 2020 Tokyo Olympics just yet.

Her focus is to perform consistently in the regular BWF tournaments in the build-up to the Games.

“The World Championships gold increases my confidence. There are many tournaments before the Olympics. I will build step by step for Tokyo.”

She admitted victory in Basel enhances her reputation and status while bringing enhanced pressure and responsibility. But now she is well equipped to handle such expectations.

“The World Championships gold was much awaited. I have had my share of ups and downs. Lost a lot in finals. But in Basel everything fell into place,” Sindhu said, adding that she would leave for China in a couple of days.