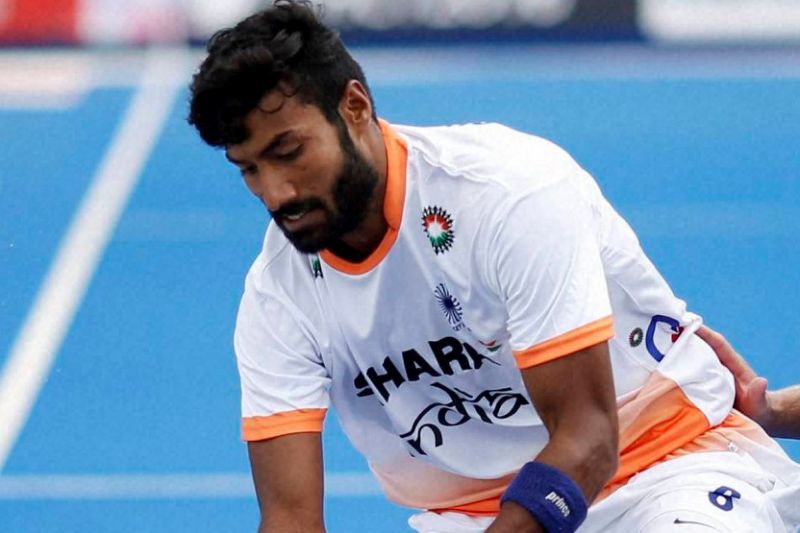 New Delhi: Defender Surender Kumar, who was one of the six players of the Indian men’s hockey team too have tested positive for Covid-19 in August, has revealed that the entire period was mentally very challenging for him.

“I would often tell myself that so many people around the globe have battled this virus including top sports people and have come out of it. It was a difficult phase but I am really grateful for the kind of support system we had from Hockey India and SAI who made every effort to get us the best treatment,” Kumar said.

Unlike his other compatriots who had tested positive and recovered, Kumar had developed venous thrombosis, a condition in which there are blood clots. It is one of the many complications related to Covid-19 recovery phase.

“Again, I am grateful to Hockey India and SAI for ensuring my recovery is closely monitored. I get my routine check-ups done regularly. We also have a doctor on campus who I can consult in case of any discomfort. I feel we are just fortunate to have this kind of support. My focus now is on hockey,” he said.

“The team coaching staff ensured we were in a good space mentally for that entire period of two-three weeks where we were in the hospital followed by mandatory isolation,” added the defender from Karnal Haryana who was part of the Indian Team for Rio Olympics in 2016.

Having returned to the pitch in mid-September and join the rest of the team, his main aim is to gain full-fitness.

“I am happy to be back to regular schedule with the rest of the core group. Initially, chief coach would emphasis on taking it slow and not exerting too much even though we would feel no discomfort in pushing ourselves. It’s now been over three weeks since I have returned to training. I am feeling good and aiming to hit top fitness levels,” he said.