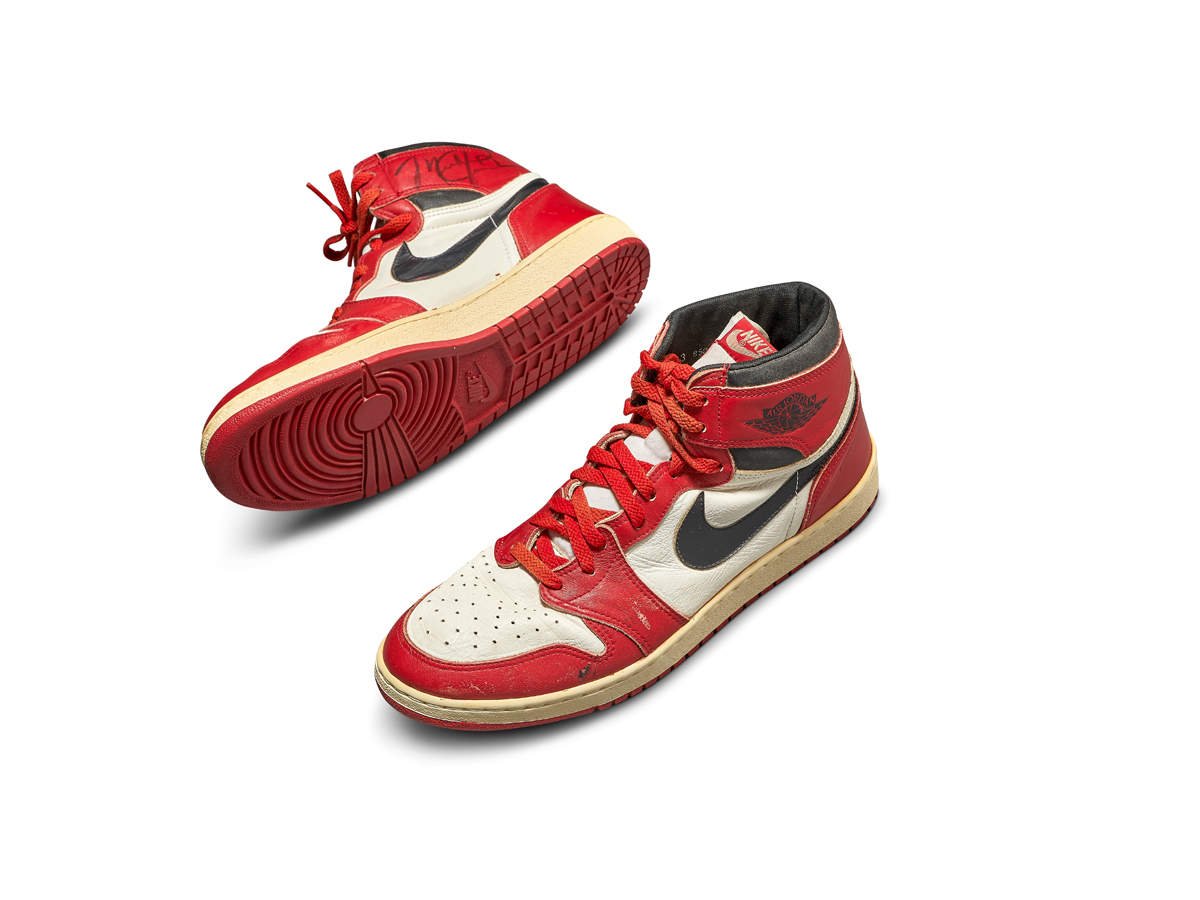 New York: A pair of Air Jordan sneakers worn in a game by Michael Jordan sold for USD 560,000 at Sotheby’s auction house, an all-time record for basketball shoes.

The white, black and red shoes, made for Jordan in 1985 and autographed by the NBA legend himself, dethroned the reigning “Moon Shoe,” one of Nike’s first sneakers, a pair of which sold in July 2019 for 437,000, also at Sotheby’s.

The latest sale highlighted the soaring market value of objects identified with the retired basketball superstar since the release of “The Last Dance,” an ESPN/Netflix documentary that chronicles the saga of Jordan and his Chicago Bulls.

It also confirms that the lowly sneaker now has a place of pride in the world of wealthy collectors alongside more traditional collectibles.

The pair of Air Jordan 1’s in the “Chicago” color scheme, the most emblematic model of its generation, easily surpassed Sotheby’s pre-sale estimate of 100,000- 150,000.

The Air Jordan 1 is the first model specially created by Nike for Michael Jordan, who wore them in his first season in the NBA.

“I think the game-worn Air Jordan 1’s are the most iconic sneakers of all time,” the seller, collector Jordan Geller, told AFP at the start of the sale.

“They are so recognizable and they conjure up so much nostalgia, which I think gives them a very special appeal. The fact that these shoes were game-worn by Michael Jordan takes them to a whole other level,” he said.

Unlike the Air Jordan 1’s, the “Moon Shoes” sold last year had never been worn.

Before Sunday’s sale, the record for athletic shoes worn by an athlete was held by the leather-soled running shoes in which Britain’s Roger Bannister became the first person ever to run a mile in less than four minutes, in 1954.

They were bought for 409,000 by an anonymous collector in 2015 at auction at Christie’s in London.