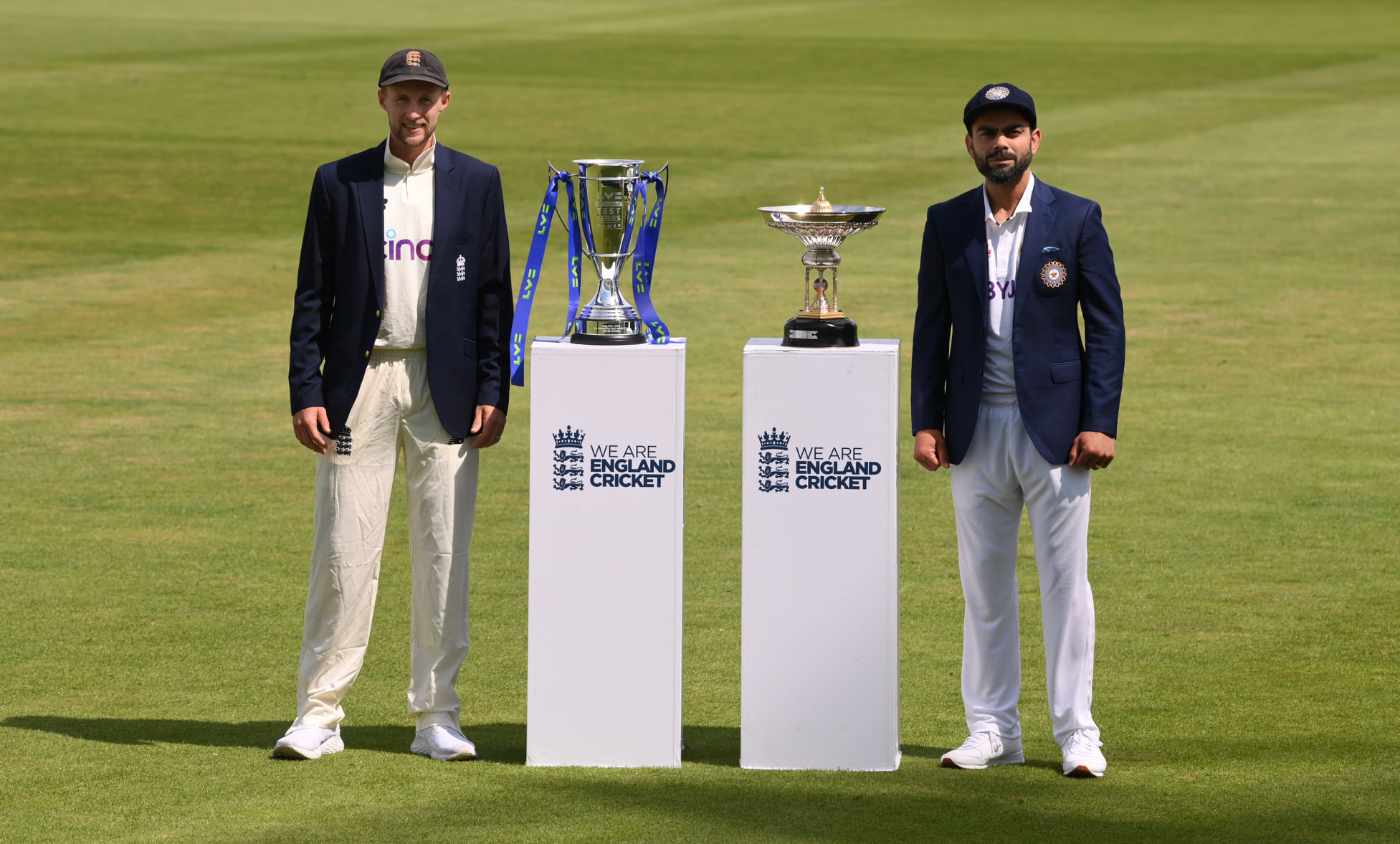 Nottingham: The toughest four months of Virat Kohli’s eventful leadership career start here on Wednesday when his strategic acumen will be tested while selecting a perfect Indian combination to take on a good England side in the first Test of a five-match series.

Kohli announced his playing XI for the World Test Championship final against New Zealand a couple of days before the game and drew flak for not respecting the conditions.

However, on Wednesday, he will have to think overtime about the balance of his squad with a long tail, often bushy with runs, and just two openers — one untested (Rohit Sharma) but very capable and another supremely talented (KL Rahul) but highly reluctant starter.

Rahul, with 2000 plus Test runs, looks a logical choice to partner Rohit after Mayank Agarwal’s concussion but the lack of Hardik Pandya and the utility of two specialist spinners does come into the question.

Bengal’s Abhimanyu Easwaran had last played a first-class game in March, 2020 and that too after enduring a horrendous season. Will the team risk him? It would be a huge call.

That brings into the equation Hanuma Vihari, the team’s ‘All-Purpose Player’, who had once faced the new ball in Australia.

His handy off-spin, along with that of automatic choice Ravichandran Ashwin, could also pave the way for Shardul Thakur’s entry as the bowling all-rounder in place of an experienced Ravindra Jadeja.

Mohammed Shami is still a wily customer and Ishant Sharma still possesses a big heart but they are ageing.

Jasprit Bumrah, since his lower back stress fracture in 2019, is hardly the Test bowler one has come to know but his success in the last series may ensure a start for him.

But where does it leave India’s fastest and most in-form bowler Mohammed Siraj, whose raw pace ousted a concussed Agarwal from this Test match?

It would probably require a leap of faith from the skipper to ignore Siraj’s calibre.

Kohli’s team selections in England last time left a lot to be desired as Kuldeep Yadav was picked to play on a Lord’s green top where he looked like a lamb for slaughter.

Similarly baffling was his decision to ignore a pacer in overcast conditions in his bid to shore up the batting with Jadeja’s presence even though he had to be under-bowled.

Rahul’s hundred in the last first-class game and adequate preparation time would keep him in good head space.

He was also in fine form during the intra-squad match and perhaps would fancy the idea of game time irrespective of his slot rather than wearing a red India bib (extra player’s vests) and  carrying drinks.

He is a better player than that.

India have been a formidable side at home where they have demolished one opposition after another on spinner-friendly pitches and their lion-hearted efforts in Australia have added to the legend.

But if one looks at this team’s performance in England, India have lost 11 out of 14 Tests across the last three tours with Mahendra Singh Dhoni being captain in two of them.

Kohli was a part of the 2014 team when it lost 1-3 and the then vice-captain had a torrid time with the bat.

He came back determined in 2018, scored truckloads of runs but a poor team choice at the Lord’s and one bad batting session in Southampton meant that under him, India lost 1-4.

As the Indian captain walks out with his band of men against a side that has two artists of red Dukes at work in James Anderson and Stuart Broad.

The veterans will be complemented by one of the world’s fastest bowlers in Mark Wood and a smart apprentice in Ollie Robinson.

The job for Kohli and his seasoned top-order would be easier said than done on a grassy Trent Bridge pitch.

So Cheteshwar Pujara, whose middle-name critics would want to be “intent”, and Ajinkya Rahane, who at times has looked a better Test match captain, would have to do something special.

There is still no danger to their places in the squad contrary to popular belief but if there are options like Suryakumar Yadav (he boarded the flight from Colombo today) and these players don’t perform, it will be difficult to keep talented men out of the team.

For Joe Root, in a gruelling Test series, Broad and Anderson would certainly be rotated keeping their age in mind but even the England captain would be quick to acknowledge that Ben Stokes’ absence due to “mental health issues” would be a very big factor.

The likes of Rory Burns, Dom Sibley, Dan Lawrence, Zak Crawley, Ollie Pope at times don’t inspire the highest level of confidence and it could be interesting as to how they counter Ashwin’s mastery and Shami’s guile.

Trust Root and Buttler to do the heavy-lifting.

I don”t think India can have any complaints if we leave a bit of grass: Anderson