All eyes on cricket, weightlifting, badminton and table tennis on Day 3 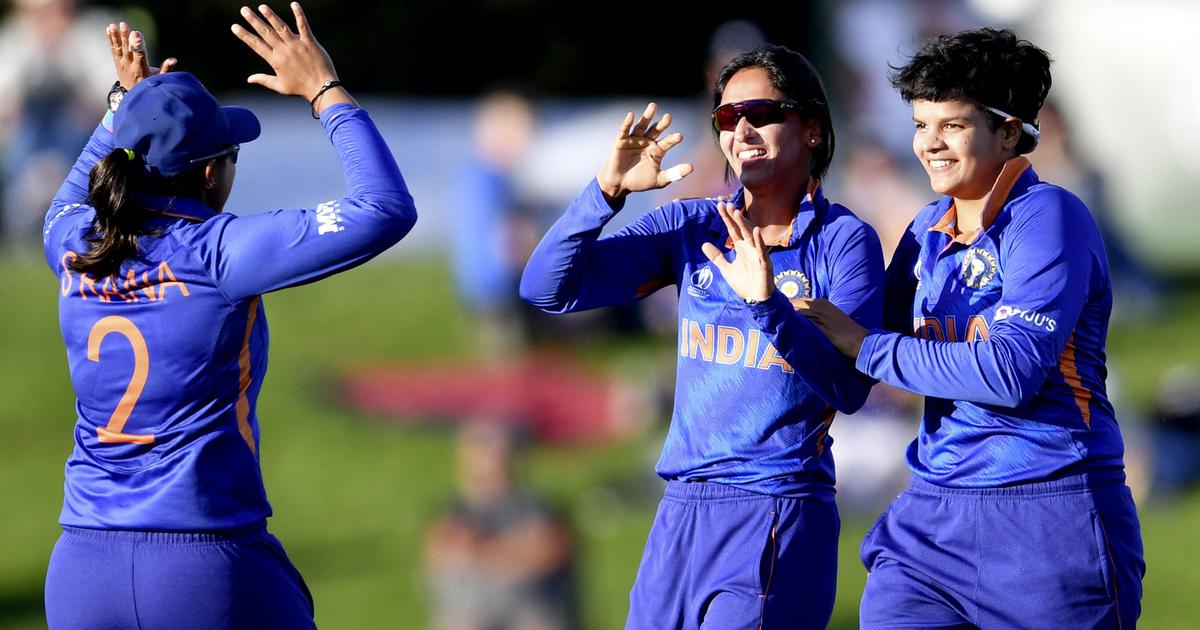 After an action-packed Day 2 of the Commonwealth Games 2022 in Birmingham, all eyes will be on Indian women’s cricket team which will take on arch-rivals Pakistan and other medal contenders across sports like Gymnastics, Weightlifting, Table Tennis, Badminton etc in which the country’s contingent will be looking forward to progress further during the third day of the multi sport event.

Action will start from 1:00 PM in Lawn Bowls, where Tania Choudhary will continue her campaign against Shauna O Neill of Northern Ireland after suffering losses against Dee Hoggan (Scotland), Arthur Almond (Falkland Islands) and Laura Daniels (Wales) in her previous games.

At 1:30 PM, Indian gymnast c will be eyeing a podium finish atleast in the Men’s all-round final. In the qualification round, he had made it to top 18 with score of 73.600.

2:00 PM will be the time when India’s two other medal contenders will be in action. Men’s table tennis team will be taking part in the quarter finals after wins against Barbados, Singapore and Northern Ireland.

On the other side, Indian weightlifters will be looking forward to get more medals in this sport, with Jeremy Lalrinnunga in action in Men’s 67 category final. Sanket Sargar (silver in 55 kg), Gururaja Poojary (bronze in 61 kg) and Mirabai Chanu (gold in 49 kg) have already won medals for India in weightlifting.

From 2:30 PM onwards in Men’s Sprint Qualifying, cyclists Esow Alben, Ronaldo Laitonjam and David Beckham will be in action looking forward to make it to finals.

Swimming action will start from 3:00 PM onwards, with Sajan Prakash set to partake in Men’s 200 m Butterfly Beat 3. From 3:30 PM onwards, in Mens 50 m Backstroke Heat 6, Srihari Natraj will be looking forward to make an impact.

The much anticipated women’s Cricket clash between arch rivals India and Pakistan will start at 3:30 PM onwards.

Action will be back to Lawn bowls area, where the Mens pairs team will meet England at 4:00 PM. Mens pairs will be looking forward to solidifying their chances at progress after wins over Cook Islands and Falkland Islands that came after loss against Malaysia in first round.

At 4:04 PM, fans could get to see Venkappa Kengalagutti and Dinesh Kumar in Mens Sprint Quarterfinals (subject to qualification). They will also featured in Mens 15 km scratch race qualifying which can take place at 4:20 PM or 5:00 PM.

From 4:45 PM onwards, boxer Nikhat Zareen, who recently won IBA Women’s World Championships in June, will start her campaign against Ismael Bagoo (Mozambique) in over 48-50 kg category round of 16 match.

Shiva Thapa will continue his campaign after win over Pakistan’s Murad Ali, against Reese Lynch in round of 16 match in over 60-63.5 kg category from 5:15 PM onwards.

Joshna Chinappa will continue her Squash campaign against Kaitlyn Watts of New Zealand in round of 16 from 6:00 PM onwards after registering a win over Meagan Best of Barbados.

At 6:30 PM, India’s Popy Hazarika will be in action in women’s 59 kg weightlifting final, with an aim to add one more medal in the sport to India’s count.

The action will once again shift to Squash courts at 6:45 PM onwards, with Saurav Ghosal taking on David Baillargeon of Canada in a round of 16 match after gaining a win over Sri Lanka’s Shamil Wakeel.

At 7:00 PM, India’s women gymnasts could be in action in All Round final (subject to qualification).

At 7:40 PM in track cycling, fans could get to see Indian cyclists in Mens Sprint Semi Finals action.

From 8:30 PM onwards, Indian hockey fans will get to see their Men’s team open up their campaign against Ghana in Pool A game.

Fans will be able to see Triyasha Paul and Mayuri Lute in Women’s 500 m Time Trial final in track cycling from 9:00 PM onwards.

At 10:30 PM, quarterfinals in Women’s Fours category of Lawn bowls could take place, given the team of Rupa Rani Tirkey, Nayanmoni Saikia, Lovely Choubey and Pinki Singh qualify for it. They have lost one game to England and won in other game against Cook Islands and have a game against Canada waiting for them.

From 11:00 PM onwards, 14 year old Squash player Anahat Singh could play in her round of 16 match if she beats her round of 32 opponent. She had qualified for round of 32 after win over Jada Ross of Saint Vincente and Grenadines.

Also at the same time, weightlifter Achinta Sheuli will be in action in Men’s 73 kg category final, going into it as another potential medal winner for India.

Srihari Natraj could be a part of Men’s 50 m backstroke semi final if he does well in heats. The semi final will start from 11:37 PM.

In Swimming, Sajan Prakash could be part of Mens 200 m Butterfly final taking place from 11:58 PM onwards, if he does well in his heats.