All round India Capitals down Bhilwara Kings by 78 runs, register first win of tournament 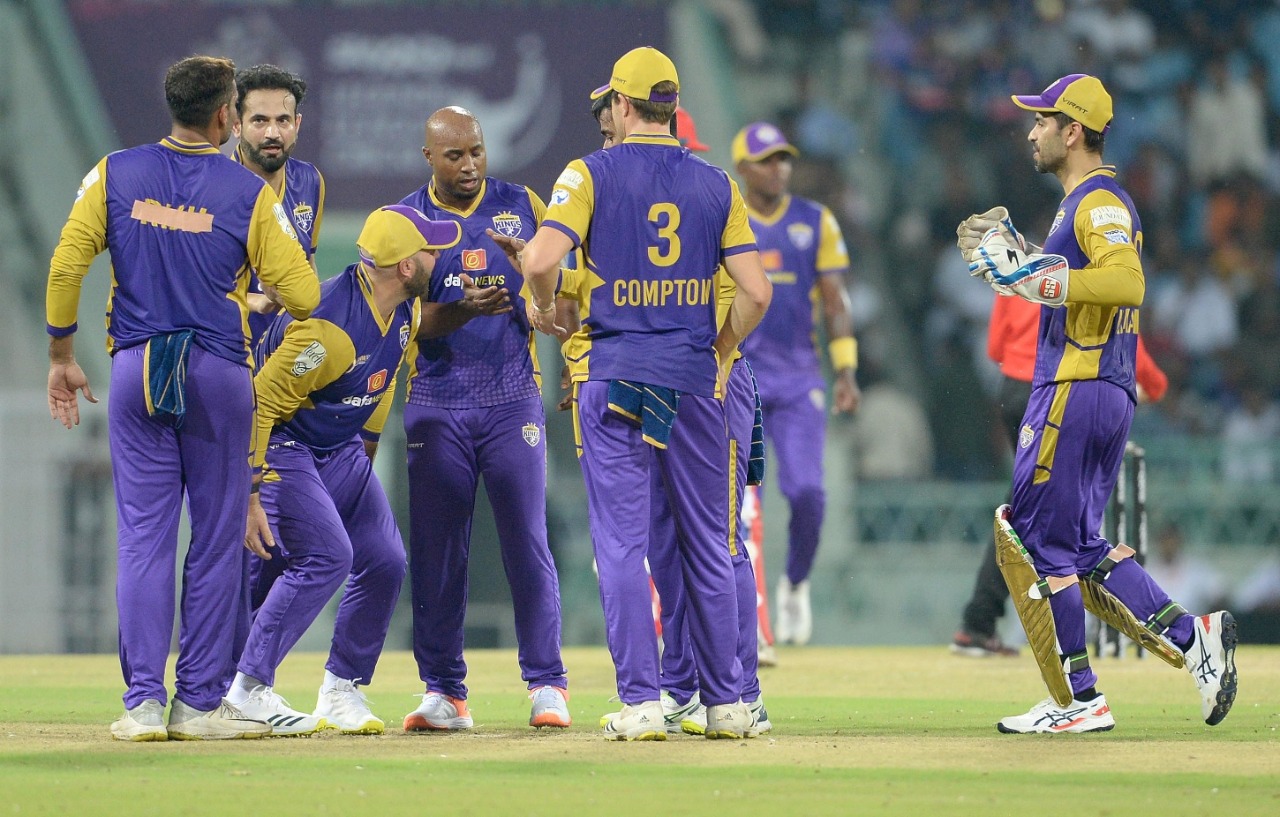 Lucknow: The Zimbabwean pair of Solomon Mire and Henry Masakadza swung their bats to great success as India Capitals beat Bhilwara Kings by 78 runs in the fourth match of the Legends League Cricket (LLC), at the Ekana Stadium on Wednesday.

Mire’s 82 off 38 balls and Masakadza’s 30-ball 48 helped the Gautam Gambhir-led Capitals post 198/5, the highest total of the League so far. The Capitals bowlers then chipped away with wickets at regular intervals to pick up their first win of the season. Irfan Pathan’s Bhilwara were bowled out for 120 from 19.2 overs.

Bhilwara stumbled from the beginning of their chase. Two superb overs from Capitals seamer Pankaj Singh (2/17) pegged back Bhilwara as he dismissed Nick Compton (1) and Naman Ojha (20).

If Pankaj, a 37-year-old who represented India in Test and ODI cricket, showed excellent control over line and length, Pravin Tambe was mesmerising with his spin craft. The 50-year-old, who had taken three wickets in the Capitals’ first game, picked up 2/24 on Wednesday.

Bhilwara’s hopes to chase down the tall total depended on the Pathan brothers — Yusuf and Irfan. They came together with their team struggling on 51/4. But just when Yusuf (14), who had earlier picked up 3/28 with the ball, started looking dangerous with the bat, he was out caught at deep mid-wicket. Irfan was out for 17.

Thereafter, it became difficult for Bhilwara to keep up with the asking rate.

Earlier, after being asked to bat first, the Capitals lost skipper Gambhir early. But the ‘M & M’ pair of Mire and Masakadza launched a vicious counterattack to give the Capitals an upper hand in the contest.

The two shared a 105-run partnership, dealing mostly in fours and sixes. It was Yusuf who gave Bhilwara a much-needed breakthrough when he trapped Masakadza leg before wicket.

Mire, however, was in no mood to stay silent. Before he mistimed a hoick off Yusuf, the 33-year-old had done the damage with seven boundaries and six huge sixes.

Besides these two, wicketkeeper-batter Denesh Ramdin also scored 20* to guide the side to 198/5.

Yusuf was the leading bowler for Bhilwara with 3/28. Tino Best and Tim Bresnan also took one wicket each.