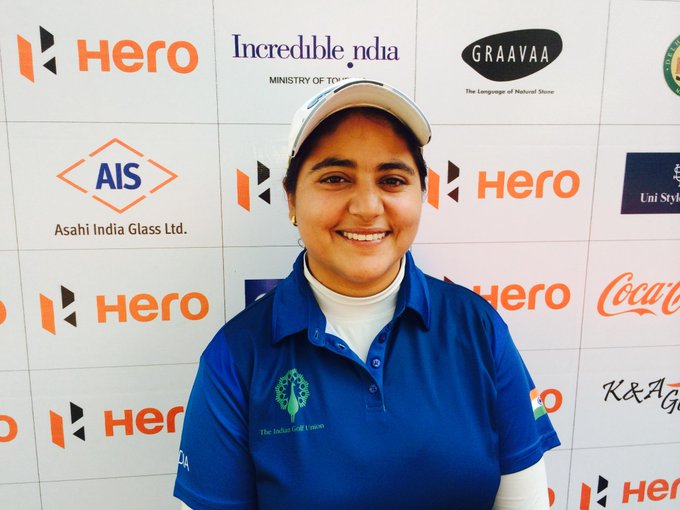 Gurugram: Amandeep Drall, who was runner-up last week but finished as the top pro, moved into early lead with two-under 70 on the opening day of the eighth leg of the Hero Women’s Pro Golf Tour.

At the DLF Golf and Country Club, Amandeep was one shot ahead of amateur Avani Prashanth (71) and seasoned Tvesa Malik (71), making a return to the domestic circuit for the first time since the second leg of the Tour way back in January.

Jahanvi Bakshi and Seher Atwal carded even par 72 each to share the fourth place, while Astha Madan (73) was sixth. Pranavi Urs, who won the second and third legs before the Tour was halted on account of the pandemic, is lying Tied-7th alongside Hitaashee Bakshi with scores of 2-over 74 each.

Amateur Kriti Chowhan (76) and Ridhima Dilawari (77) completed the Top ten. Last week’s winner, Sneha Singh had a miserable finish with a triple bogey and a bogey for a 78 and was 11th. Vani Kapoor, who had a quadruple bogey nine on Par-5 fourth, and Siddhi Kapoor with 79 each were T-12.

Amandeep, one of the most consistent players on the domestic scene, opened with four pars and a birdie on fifth. She gave away that shot on sixth but had back-to-back birdies on eighth and ninth to turn in 2-under 34. On the up-and-down back nine, she had three birdies and three bogeys for a card of 70.

Tvesa Malik seemed set for the lead as she came to the 17th tee at 3-under. However, a bogey-bogey finish meant she was one behind Amandeep Drall.

Keeping the amateur flag flying high was Avani Prashanth who had five birdies against two bogeys and a double on Par-3 12th.