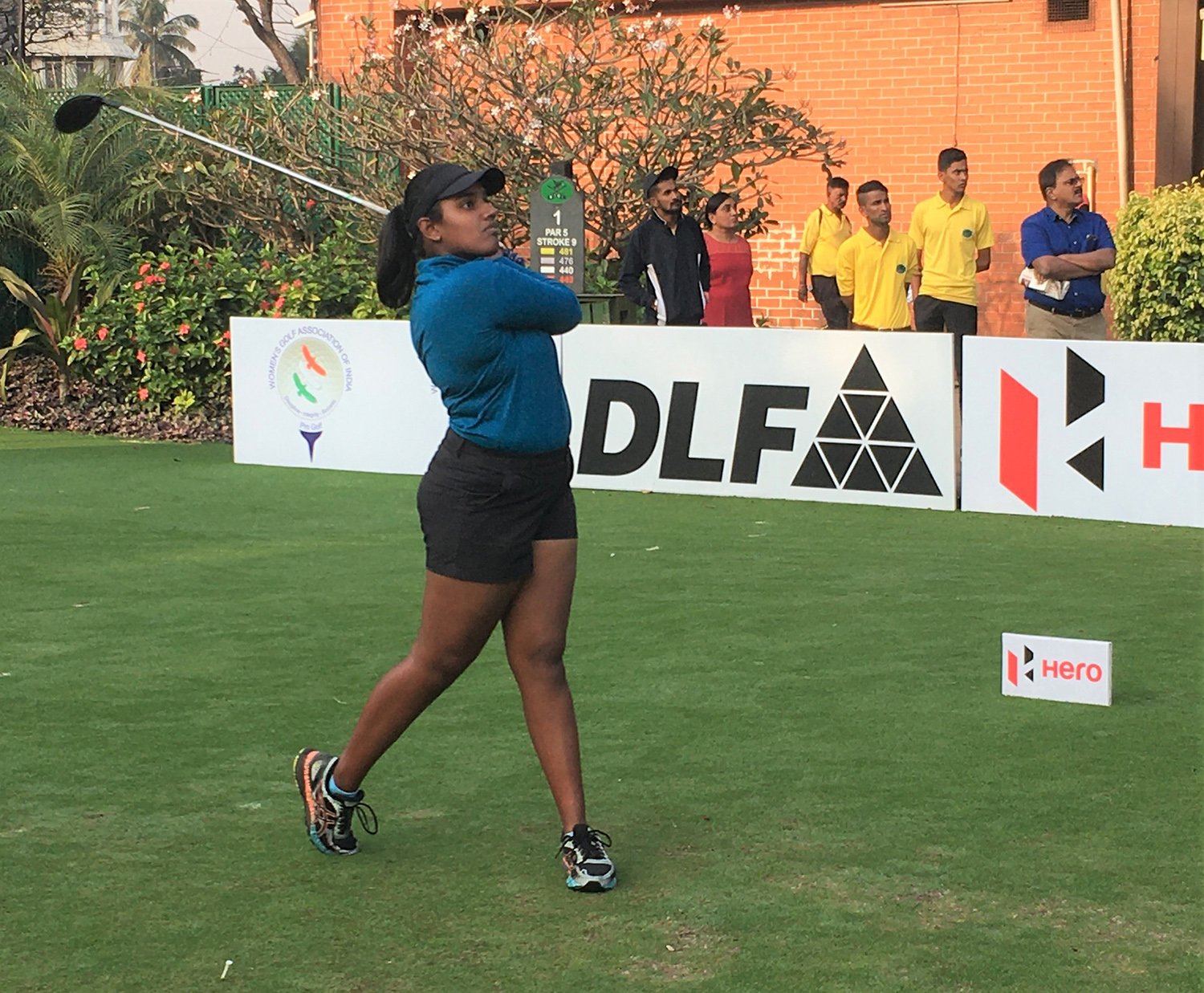 Chennai: Teenage golfer Oviya Reddi of Chennai carded a two-over 74 in the second round to keep a share of the lead in the third leg of Hero Women’s Pro Golf Tour at the TNGF Cosmo Golf course here on Thursday.

The 19-year-old Oviya, who never had a Top-5 finish on the Tour, went through a roller coaster back nine with two birdies against four bogeys, while Amandeep Drall, searching for her first win this season, shot 73.

The star of the day was Pranavi, who after a disappointing eight-over 80 in her first round as a pro, made a dramatic 11-shot improvement within a day.

Pranavi, who has twice won on the Hero WPGT but as an amateur, is looking for her first win as a pro and she may well pull it off on her debut.

After pars on the first five holes, Pranavi birdied three in a row from sixth to eighth before a bogey on ninth saw her turn in two-under.

On the back nine, she birdied 11th and 16th but had a double bogey on the Par-3 13th. She managed to end the day with a birdie on the tough 18th and was the only player to make gains on it as only three others had pars on the closing hole.

Amandeep, who has had a quiet time on the domestic tour, carded three birdies on the front nine against bogeys on second and fifth. On the back nine, she dropped shots on 10th and 12th, but parred the last six holes for her 73.

Oviya, who has been solid on a course she knows well, had bogeys on first and fourth, but back-to-back birdies on fifth and sixth followed by three pars saw her turn in even par 37.

On the back nine, she dropped shots on 12th and 13th but picked birdies on 15th and 17th. She also bogeyed 16th and 18th and had pars on the rest three holes.

With the players getting a better idea of the TNGF Cosmo course layout, Neha Tripathi (77-74) and Vani Kapoor (79-73) improved their scores.

Neha was sole fifth at seven-over 151, while Vani was tied-sixth with Ananya Datar, whose three bogeys on her last three holes proved costly. Ananya added 77 to her first round score of 75 to be eight-over 152 with Vani.

With the course testing the players, the final round could see a thrilling finish with the top five players within four shots of each other.