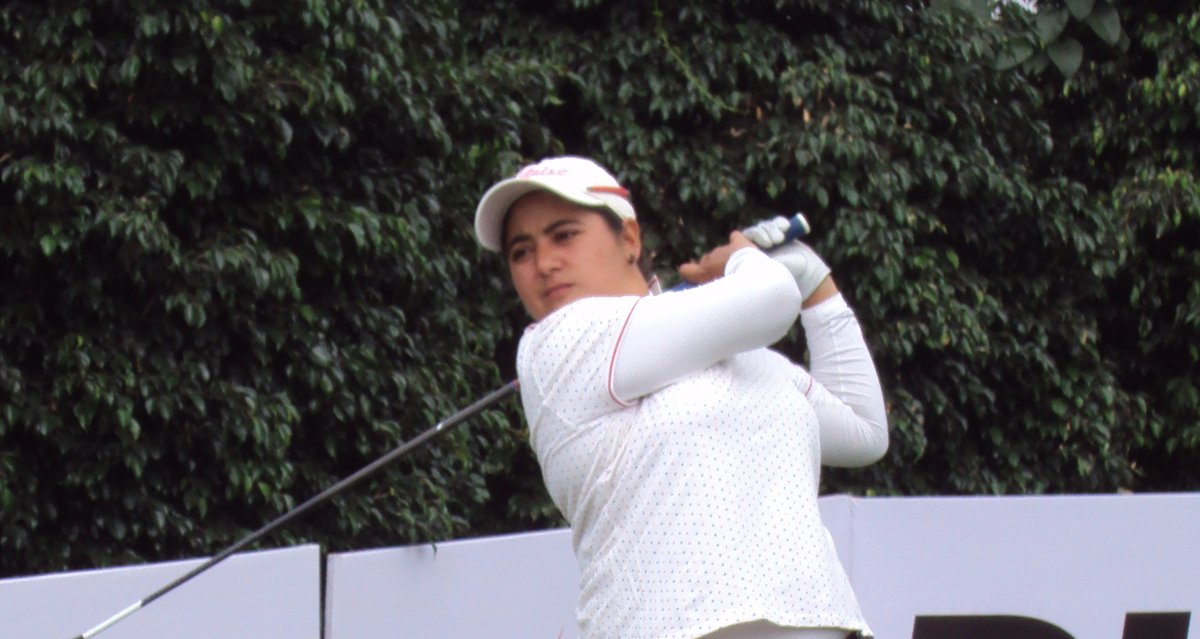 Gurugram: Amandeep Drall carried her fine form from last week as she birdied the final hole to share lead Vani Kapoor at the end of the first round of the ninth leg of the Women’s Pro Golf Tour (WPGT) here on Wednesady.

Amandeep carded one-under 71 to tie at the top with Vani, who finished almost an hour before her as play started two hours and 10 minutes late due to morning fog at the Classic Golf & Country Club.

Amandeep, who took the winner’s cheque despite finishing second behind amateur Sneha Singh in the seventh leg, won the eighth leg last week. Now in the ninth leg she shares the lead with Vani, from whom Amandeep took over the lead in the Order of Merit.

As the players approach the grand finale of the year 2020, Ridhima Dilawari also found some form with an even par 72 and was sole third while Tvesa Malik and Hitaashee Bakshi shot 73 each to be tied-fourth.

Amateurs Hunar Mittal and Avani Prashanth carded 74 each as did the experienced Diksha Dagar to share the sixth place while six players — Pranavi Urs, Asmitha Sathish, Rhea Jha, Lakhmehar Pardesi, Neha Tripathi, and amateur Nayanika Sanga — were all tied-ninth with 75 each.

Amandeep, who has been playing extremely well since the re-start of the WPGT two weeks ago, started disastrously with a double bogey on par-4 first. She birdied the fifth but gave away a shot on sixth and parred next three holes to turn in two-over. On the back nine, Amandeep played flawlessly and had three birdies on 12th, 14th, and 18th to card 71.

While Amandeep had a great run on the back nine, Vani, who did not have a good time in the last two events, had a bogey on third.

She, however, birdied fifth, eighth and ninth to turn in 2-under. A series of pars interrupted by a bogey on 17th meant she finished the day at one-under 71.

Hitaashee Bakshi started with three bogeys but ended with four birdies in the stretch between 13th and 17th and shot 73.

Tvesa Malik had two birdies on either side of the course and five bogeys in her 73.