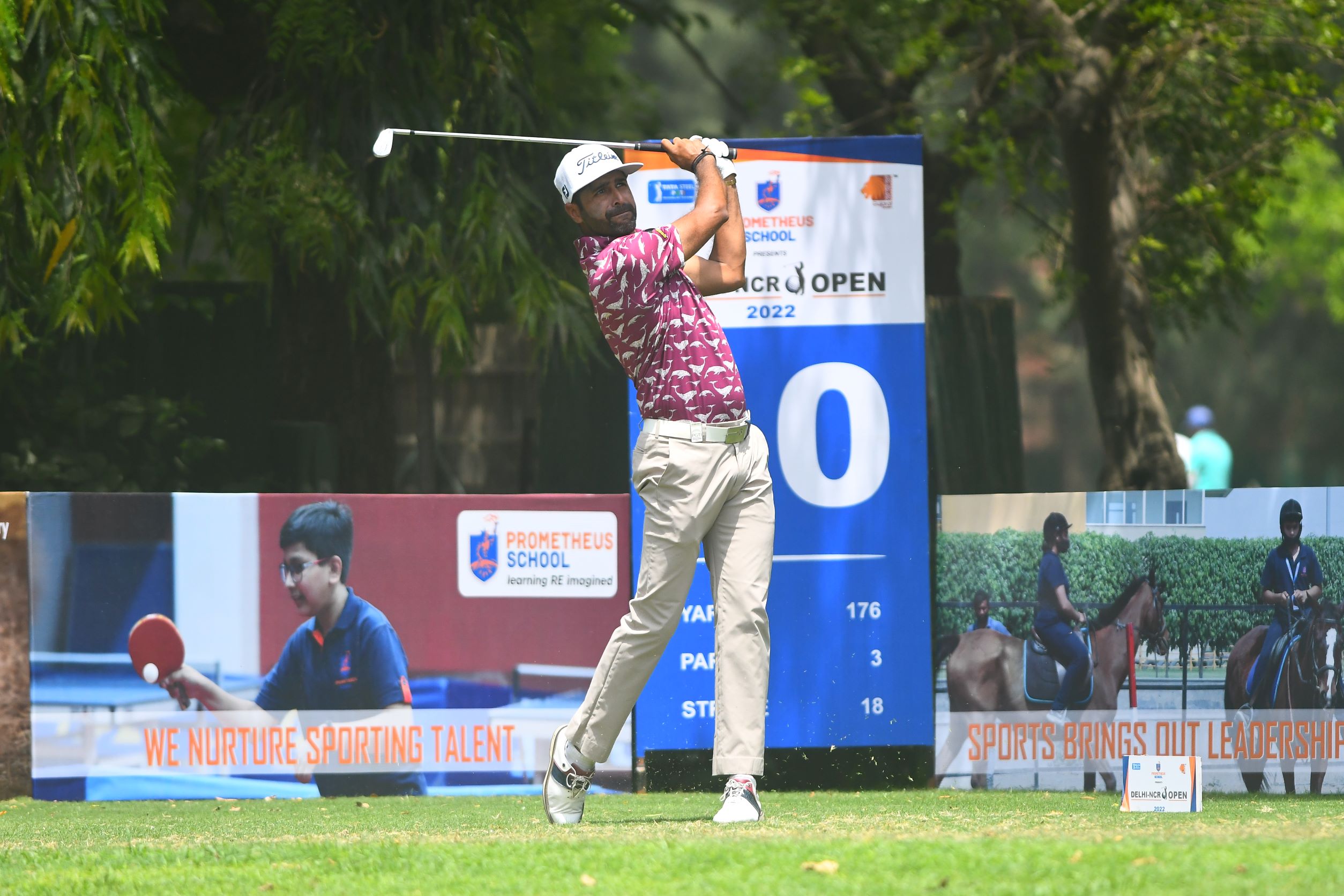 Noida’s Amardeep Malik and Gurugram’s Manu Gandas shot scores of seven-under 65 to take the joint lead in round one of the Delhi-NCR Open 2022, a Rs. 40 lakh event, being played at the Noida Golf Course.

Amardeep Malik was off to a flying start at his home course as he scored four birdies in his first six holes hitting his irons well and rolling in the putts. Malik then added another birdie and bogey on the back-nine before sinking an eagle on the first hole from four feet.

The 36-year-old Amardeep’s longest putt of the day was the 15-feet birdie conversion on the second. Malik’s progress slowed down thereafter as his putter went cold on the front-nine as he missed some short putts.

Amardeep, a two-time winner on the PGTI, said, “I was lucky that I made a few putts in the start that got my round going. The putter then went cold on the front-nine but I hit it well all day and am very pleased to have posted my lowest score this season. This should hopefully set the tone for the rest of the tournament for me.

“I have special memories of Noida Golf Course as it is not only my home course but both my wins have also come here. The good memories at a particular venue always add to the confidence.”

Manu Gandas began his tournament with an eagle on the first where he had a lucky break after his drive rebounded off a tree back onto the fairway. Manu’s second shot then landed a couple of feet from the flag to give him the ideal start.

Gandas, a two-time winner on the PGTI, thereafter added six more birdies and a bogey to his card as he went five-under on the four par-5s. Manu made a great recovery for birdie on the par-5 eighth after finding the adjoining fairway with his second shot.

Manu said, “I feel I had good control on my ball-flight today and struck my woods and irons well. I had one lucky break on the first hole and I managed to capitalize on that. That kept the momentum going for me and there was no silly mistake thereafter.

“My driving form has been good and I’m hitting it well off the tee and finding the fairway on most occasions in the last few rounds.”

Among the pre-tournament favourites, Yuvraj Singh Sandhu began with a 73 to be tied 48th while defending champion Udayan Mane signed for a 74 to be tied 65th.