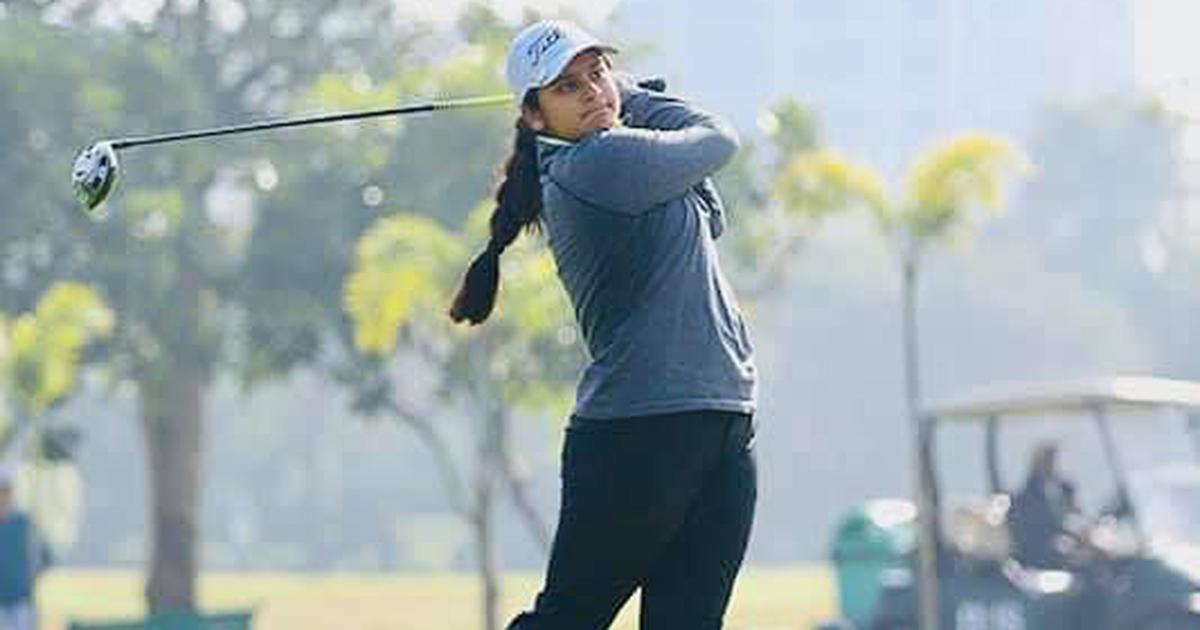 Gurugram: Hunar Mittal, a 15-year-old amateur, dropped two late bogeys on the back nine but still came out with the best card on the first day at the sixth leg of the Hero Women’s Pro Golf Tour.

Hunar shot even par 72 with four birdies and four bogeys to leads by one shot over experienced Vani Kapoor, winner of the tournament last week, and Neha Tripathi.

Hunar is trained by Jesse Grewal, whose list of students includes Shubhankar Sharma and Ajeetesh Sandhu.

Another amateur Asmitha Sathish shot 74 as did Gaurika Bishnoi to share the fourth place.

Pranavi Urs led a bunch of four golfers at three-over 75 in Tied-sixth place alongside Rhea Jha, Oviya Reddi and Siddhi Kapoor. Amandeep Drall, winner of the fourth leg, is 10th with 76.

Hunar, who won the Faldo Series India Championship at Jaypee Greens, Noida in January, has been among the top amateurs in the country. Though she was tied with Sneha Singh in the weather-hit event, Hunar was declared the winner on count back.

A student of Gurukul Global School, Manimajra, she has been playing the game since the age of four at the Chandigarh Golf Association range under coach Jesse Grewal, with whom she continues to train.

Grewal sees a lot of potential in the youngster, who was second on the IGU Category B Merit List. Hunar has also played events outside India and finished fifth in IJGA World Star Juniors in US and was third in Singapore Junior Golf Championships last year.

She is playing the Hero WPGT events in preparation for the Faldo Series Asia Final later in the month, besides other internationals.

Hunar, who finished in a tie for seventh last week, began with a bogey on the first. She quickly made amends with a birdie on second and another one on fifth to turn in one-under.

Vani Kapoor birdied seventh and 18th and bogeyed 11th, but the double bogey on Par-4 12th proved costly as she carded 73.

Neha Tripathi, who has been winless for a while, had two birdies on fifth and 18th, but dropped shots on sixth, ninth and 10th.