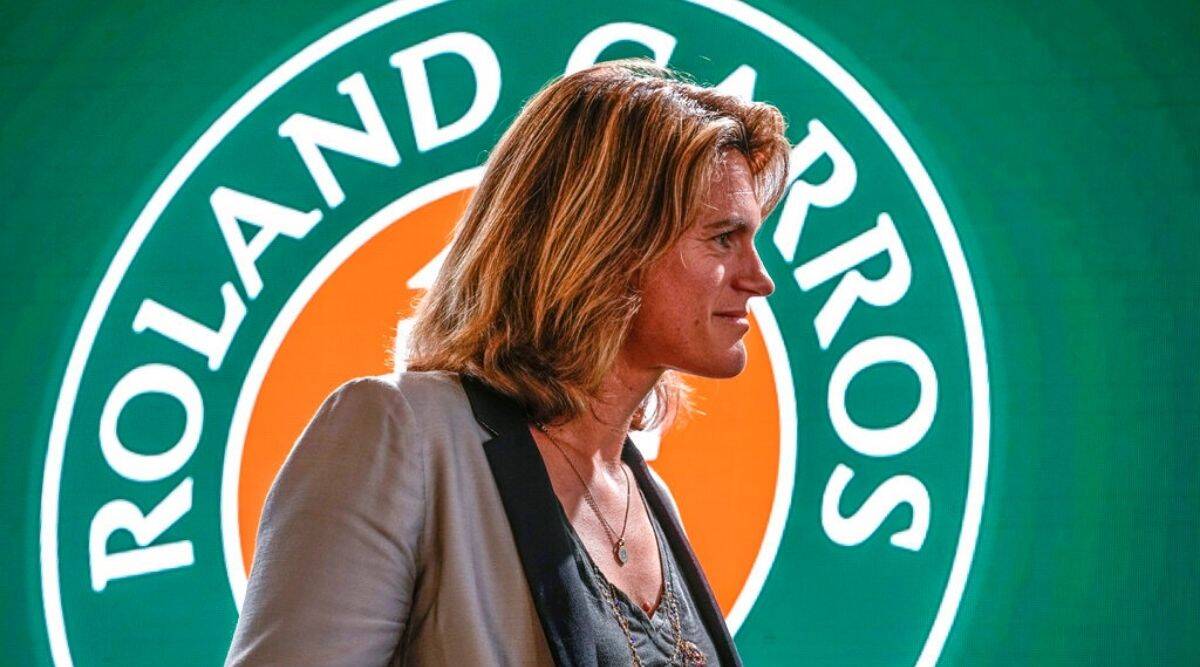 Amelie Mauresmo, a former No. 1 player who is in her first year as the French Open’s first female tournament director, said on Wednesday that nine of the 10 night sessions at Roland Garros involved men’s matches because women’s tennis currently has less “appeal.”

Speaking at the traditional second-week news conference to recap the clay-court Grand Slam tournament, Mauresmo said she tried on a daily basis to find a women’s pairing that had the star power or a matchup worthy of being highlighted in the separate session that began at 8:45 p.m. local time in Court Philippe Chatrier.

“I admit it was tough,” said Mauresmo, a 42-year-old from France.

The current No. 1-ranked woman, Iga Swiatek, said after her quarterfinal victory in Paris on Wednesday that she found Mauresmo’s comments “a little bit disappointing and surprising.”

“It’s kind of the personal opinion of every person if they like men’s tennis or women’s tennis more or if they like them equally, but I think women’s tennis has a lot of advantages,” said Swiatek, the 2020 French Open champion, who has won 33 matches in a row. “And some may say that it’s unpredictable and girls are not consistent. But on the other hand, it may also be something that is really appealing and it may really attract more people.”

This year’s French Open began on May 22 and will end on Sunday. The last of the 10 night sessions was scheduled for Wednesday, and the only women’s match that got the prime-time treatment — part of a deal with a streaming service — was France’s Alizé Cornet’s victory over Jelena Ostapenko in the second round.

Asked about that decision-making process, Mauresmo said in French that having just one match in each night session made it “more difficult to have” that be a women’s match. Night sessions at the U.S. Open, for example, usually include one women’s match and one men’s match.

“In this era that we are in right now, I don’t feel — and as a woman, former women’s player, I don’t feel bad or unfair saying that, right now — you have more … appeal,” Mauresmo said. “That’s the general (reason) for the men’s matches.”

She added: “My goal was, when I was doing the schedule every day, to try and see, from the first round, when the draw came out … ‘what match in the woman’s draw can I put there?’ honestly.”

Mauresmo first topped the WTA rankings in 2004 and returned to that spot after winning the Australian Open and Wimbledon in 2006.

Mauresmo moved into coaching and worked with Andy Murray, Lucas Pouille and Marion Bartoli, among others, and was France’s captain for the team competition now called the Billie Jean King Cup.

Mauresmo’s session with reporters was held the morning after 13-time French Open champion Rafael Nadal’s 6-2, 4-6, 6-2, 7-6 (4) quarterfinal victory over defending champion Novak Djokovic in Tuesday’s night session. The match lasted 4 hours, 12 minutes and finished after 1 a.m., leaving some of the 15,000 or so spectators unable to use public transportation to get home.

“That’s actually a key issue that needs to be settled, and that will be one of our priorities in the future,” Mauresmo said. “We haven’t planned anything yet, but obviously we need to organize ourselves differently with the Department of Transport of Paris with bus systems, with the underground system. If we continue with these night sessions in this direction, people need to leave the stadium late enough and make sure that they have a way to come back home, as they should.”

Nadal, through the media, and his manager, Carlos Costa, directly with Mauresmo, made clear the owner of 21 Grand Slam titles preferred not to play at night, because of the way the cooler temperatures affect his shots. It dropped below 60 degrees Fahrenheit (15 Celsius) during his quarterfinal.

Asked about that, Mauresmo deflected the question and replied: “Rafa has shown us how big a champion he is, far and beyond all these considerations.”

Mauresmo said a full review of the entire tournament will be conducted after it ends, including considering changes to the night sessions and other scheduling matters.