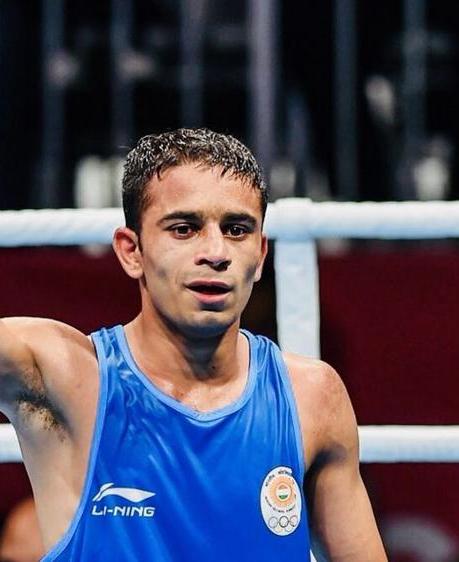 Amman (Jordan): World silver-medallist and top seed Amit Panghal (52kg) qualified for his maiden Olympic Games after edging out familiar foe Carlo Paalam of Philippines in the quarterfinals of the Asian Qualifiers for boxing here on Monday.

The top-seeded Indian, who is the reigning Asian Games and Asian Championships gold-medallist, prevailed in a 1-4 split verdict against Paalam.

However, former junior world champion Sakshi Chaudhary (57kg) failed to secure an Olympic berth after going down to Korea’s Im Aeji in the quarterfinals.

The 19-year-old Chaudhary lost 0-5 to Im, who is also a former world youth champion. Only the semifinalists are entitled to an Olympic berth in the women’s 57kg category of the ongoing event. Her next shot at Tokyo qualification would be the world qualifiers in May, provided she is selected for it.

Im will face Japan’s 19-year-old Irie Sena, who upstaged world champion and top seed Nesthy Petecio of Philippines in a split decision. Petecio was docked a point for holding in the second round which ultimately played a decisive role in her 2-3 loss.

In another quarterfinal bout, Manish Kaushik (63kg) will fight third seed Chinzorig Baatarsukh of Mongolia for a spot in the Olympics. Baatarsukh is a 2018 Asian Games silver-medallist, besides being a two-time podium finisher at the Asian Championships.