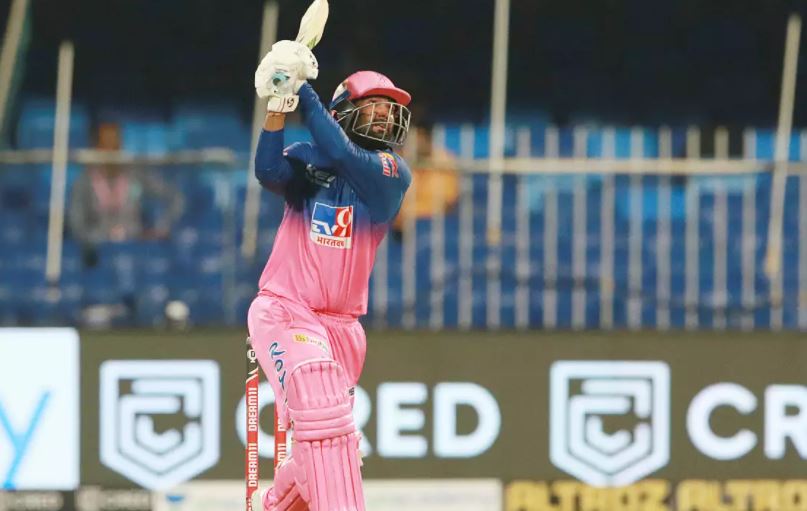 New Delhi: At the start of this year’s Indian Premier League (IPL), it had seemed that two journeymen — Rajasthan Royals’ leg-spinning all-rounder Rahul Tewatia and Kolkata Knight Riders batsman Rahul Tripathi — would overshadow most others.

Tripathi, who was traded to KKR from RR before this season, hit 36 and 81 in his first two games before failing in the next few games. When he fell victim to speedster Mohammed Siraj on Wednesday night, it seemed like his IPL 2020 was going to be over following a string of poor scores in the last five matches — he has aggregated just 51 in the last five innings.

Tripathi struggled a bit over the last two seasons with RR, after having a dream debut season in 2017 with Rising Pune Supergiant, for whom he made 391 runs in 14 matches.

Tewatia, on the other hand, has managed to be more consistent, his bowling and batting coming good and he proving to be a perfect all-round option.

The left-handed Tewatia, who also bowls leg-spin in the traditonal style, has been with the Delhi and Punjab franchises earlier. This year, he was traded to Rajasthan Royals from Delhi Capitals. While DC have not missed him as they have looked an all-round side, the Haryana cricketer has been one of the few bright spots in the RR line-up.

With 222 runs at a strike rate of 145 and an average of 44.4, he is fourth on the run-getters’ list for Rajasthan Royals and with seven wickets he is joint second with Shreyas Gopal in wicket-takers’ list for his franchise. Tewatia’s economy rate of 7.38 is also the best after Jofra Archer’s 6.75 while the Haryana leg-spinner’s strike rate of 145 is also the second best for his franchise among those who have at least 100 runs.

Tewatia and Tripathi blossomed in the early part of this season, because they have been traded to teams that were in need of players with their skill-sets. No wonder, they got opportunities and featured in the playing XI.

“I think if he [Tewatia] had got opportunities to bat with Delhi Capitals or with Kings XI Punjab, he may have played this way earlier too,” the left-handed all-rounder’s childhood coach Vijay Yadav told IANS.

India international Kedar Jadhav is another journeyman. He has played for Delhi Capitals, Kochi Tuskers Kerala and Royal Challengers Bangalore besides his current team Chennai Super Kings. Jadhav has been under fire this season as he has aggregated just 62 in five innings at an average of just over 20.

Mohit, Mandeep, Gowtham, Saurabh Tiwary, Undakat, and Aaron have all represented different teams in IPL but have failed to click this year — so far.