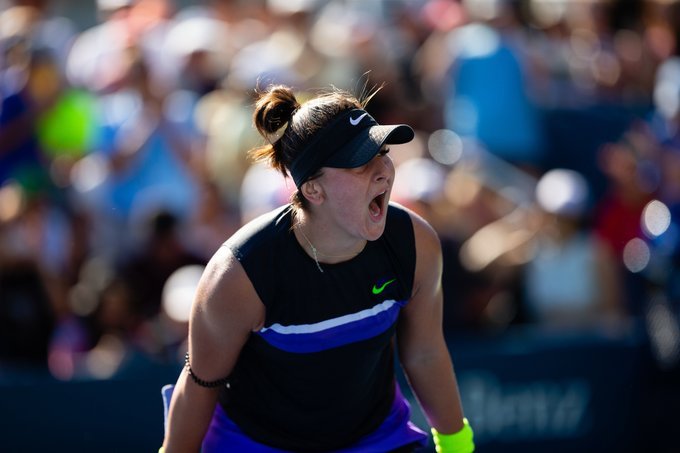 Biance Andreescu has reached her first US Open final. Text: US Open

The teenager from Mississauga, Ontario, becomes the first Canadian woman to win a Slam singles title in the Open era, and joins Naomi Osaka and Ashleigh Barty as first-time Slam winners in their maiden final appearance over the past 12 months.

“I was feeling many, many things before the match, more than any other match. In the finals, playing Serena. I just tried to breathe as much as I could from the moment I woke up until the match. I tried to just do that throughout the whole match, to just keep my nerves in place,” Andreescu said. “It wasn’t easy at all, but I think that’s what I’ve been doing really well throughout this whole year.”current sports news

For the first hour of the match, the rookie looked more like the veteran, as she kept Williams guessing with precise, aggressive hitting off the ground, and dominated rallies with her forehand.

Williams, meanwhile, struggled on serve, and allowed Andreescu to build a hefty 6-3, 5-1 lead. The American double-fautled three times to lose serve over the first set-and-a-half, and found herself a point away from defeat as Andreescu served for the match the first time, in the seventh game of the second set.

Saving match point with a big forehand winner, Williams was given new life—as a partisan crowd inside Arthur Ashe Stadium also roared alive in support—and she embarked on a run of four straight games to level the set.

“I had some doubts because I’ve witnessed her come back from being 5-0 down, 5-1 down, 5-2 down. I just told myself to stick with my tactics. She started playing much better. I think the crowd really helped her, as well,” the Canadian said.

“I was blocking out the noise, or trying to. I could barely hear myself think really. It was really, really loud. But I guess that’s what makes this tournament so special… but it definitely wasn’t easy, especially when she started coming back in the second set. I mean, it was expected. She’s a champion. That’s what champions do. She’s done that many, many times throughout her career.

“I just tried to stay as composed as I could. It’s hard to just block everything out, but I think I did a pretty good job at that.”

Nadal defeats Medvedev in five-set thriller to lift US Open