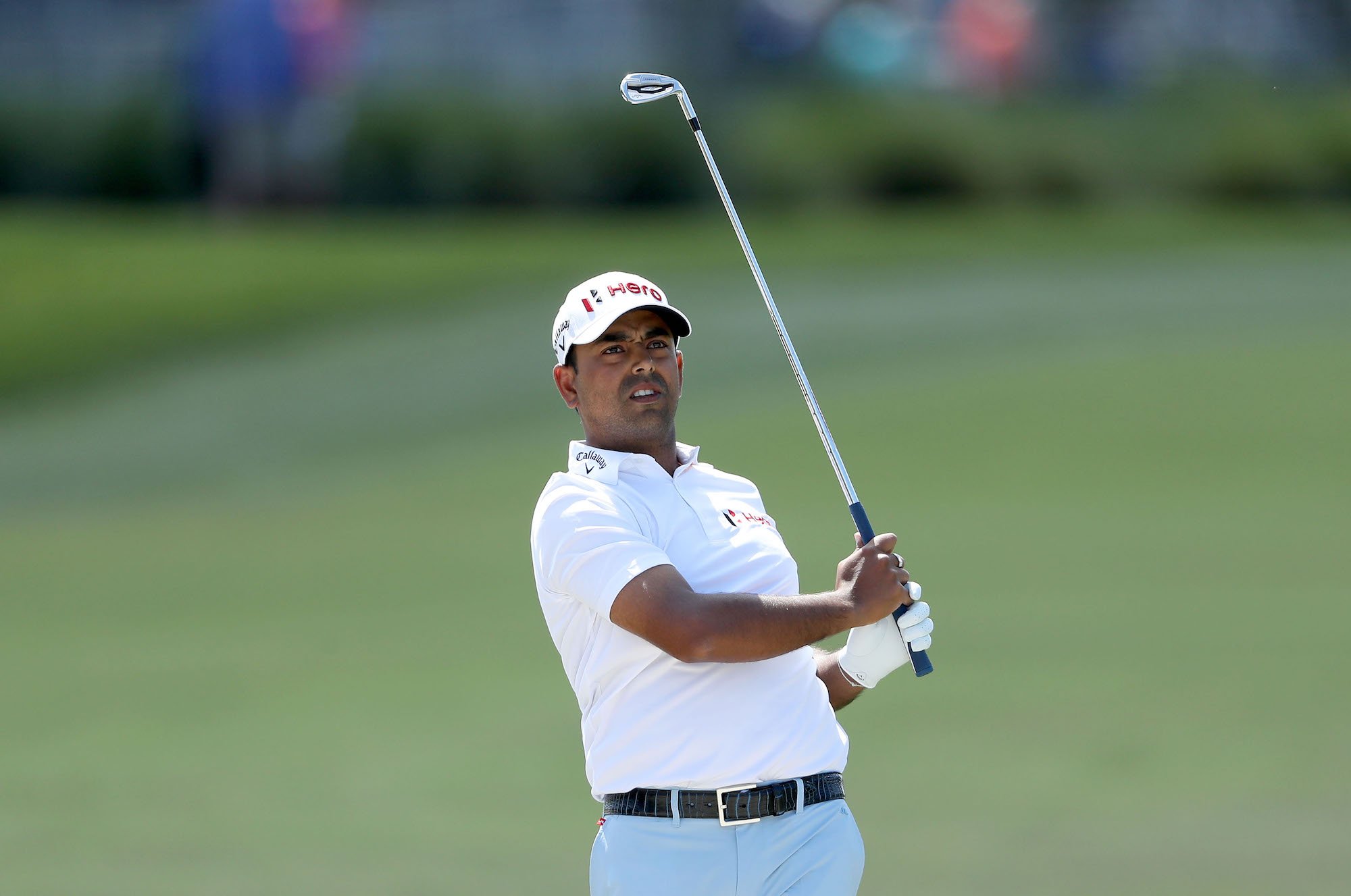 New Delhi: Indian golfer Anirban Lahiri shot a bogey free 5-under 67 in the second round to move up to T-32 in the American Express Championships here.

Put alongside his first round 3-under 69, Lahiri is now 8-under for 36 holes and is T-32 on the leaderboard.

Playing at the Nicklaus Tournament Course, the second of the three courses which the players negotiate on the first three days, Lahiri birdied fifth, seventh and ninth to turn in three-under and then added birdies on 11th and 13th for his 67 on a windy day.

He moved 20 places up from his overnight position.

Sahitya Theegala, an American of Indian origin, shot an error free 10-under 62 in second round to be 10-under for two rounds.

He had carded an even par on the first day.

The cut is applied after three rounds in this event.

The current FedExCup champion Patrick Cantlay followed an opening round of 10-under 62 at La Quinta Course with 4-under 68 at Nicklaus Tournament course to extend his streak of consecutive rounds in the 60s to 21.

The 2020-21 PGA TOUR Rookie of the Year Will Zalatoris closed with seven consecutive birdies from third to ninth after starting from 10th on the Nicklaus Tournament Course.

His round of 61 got him to 12-under and Tied-third place with four others including Lanto Griffin and Emiliano Grillo who posted the lowest scores of the day at Stadium Course with 7-under 65.

Defending champion Si Woo Kim was 8-under for the tournament after a 68 at Nicklaus.