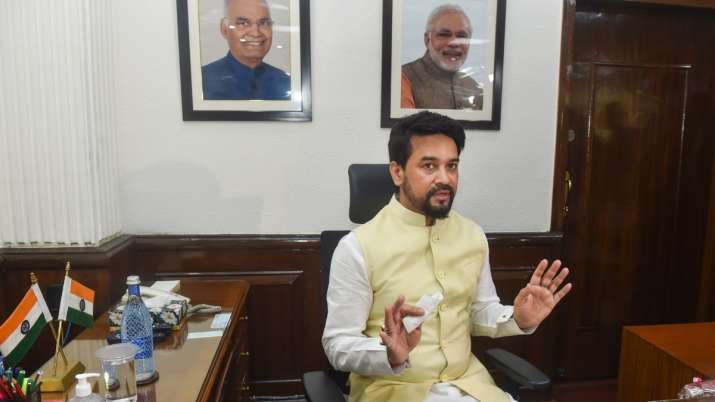 New Delhi: Sports minister Anurag Thakur will virtually interact with sports ministers of all states and union territories on Monday to prepare a roadmap for the future.

The interaction comes after the country’s success at the Olympics and Paralympics in Tokyo.

The government’s flagship programs, Khelo India and Fit India, will remain an integral part of the interaction.

During the interaction, Thakur would urge the states to organise sporting events across rural and urban areas for able-bodied and para-athletes as well as play a key role in the identification of talents at grassroots level.

The promotion of school-level sports and support to the School Games Federation of India (SGFI) will be another key point of discussion.

The states and UTs would also be requested to form a pool of cash awards for the athletes where both the central and the state governments can accumulate the funds.

At present, there are 24 Khelo India State Centres of Excellence (KISCE) across 23 states and UTs while 360 Khelo India Centres have opened across various districts in the country.

Thakur would also urge the states and UTs to send in proposals to open up KISCEs, KICs as well as academies to further the cause of strengthening the sports ecosystem of the nation.