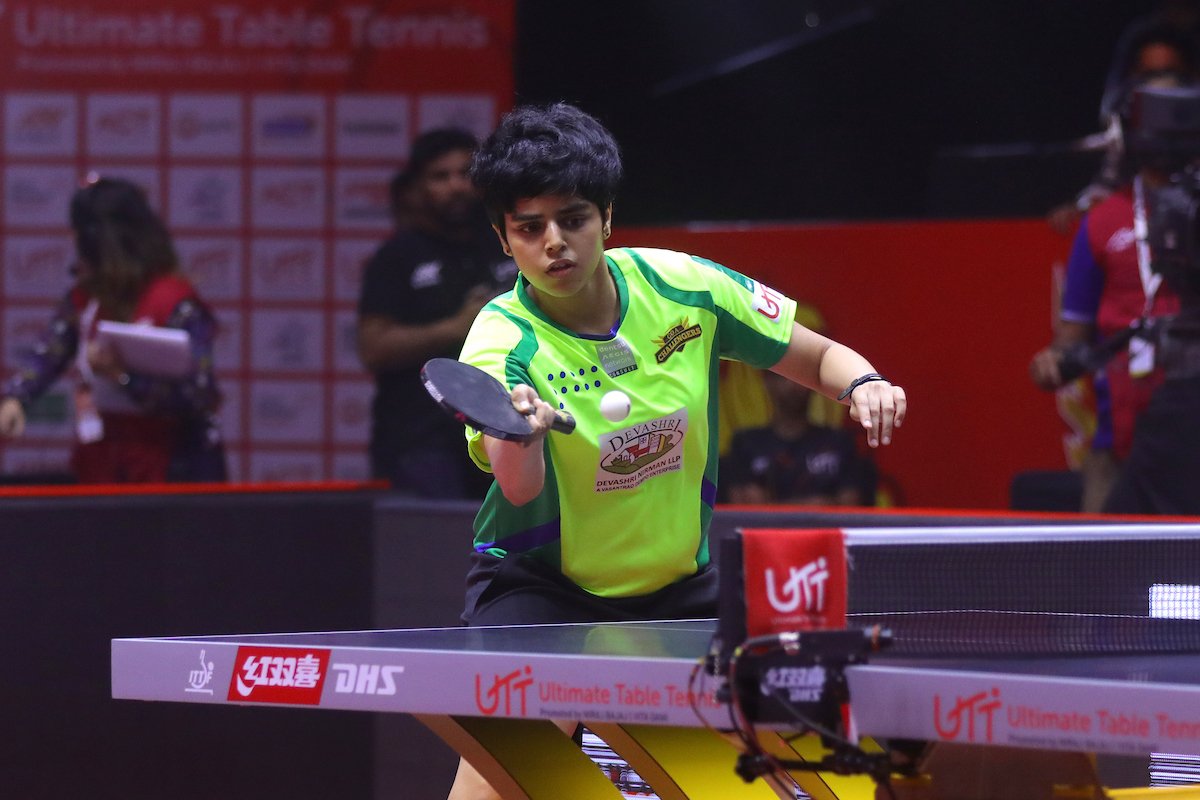 Archana Kamath of Goa Challengers in action during her Ultimate Table Tennis match against Krittwika Sinha Roy at the Thyagaraj Stadium in New Delhi on Friday. Archana won 6-11, 11-2, 11-8.

New Delhi: She was the youngest amongst the teams playing in Ultimate Table Tennis (UTT) at the Thyagaraj Stadium here on Friday. But 19-year-old Archana Kamath showcased immense maturity during the match between Goa Challengers and Dabang Delhi TTC. Archana along with seasoned Amalraj Anthony guided the Goa franchise to an 8-7 victory over Delhi. sports update

After debutant Shruti Amrute lost the first women’s singles tie, bowing down to European champion and World No. 19 Bernadette Szocs of Romania 8-11, 8-11, 11-10, the most experienced Amalraj Anthony along with others had the task cut out to guide Goa Challengers to a respectable position. Shruti replaced World No. 9 Cheng I-Ching after the latter pulled out of the match due to high fever. current sports news sports world

Despite having big shoes to fill and the tie going Delhi Dabang’s way, probably 3-0, Shruti put up an inspired display to clinch the third game in Goa’s favour on golden point. She led 5-3 at the break before building a 7-4 lead. However, the more experienced Bernadette bounced back to level the scores at 10-10 before Shruti sealed the third game with a smash. 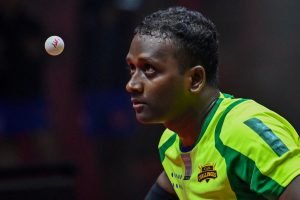 Amalraj’s victory gave Goa Challengers the much needed hope to put up a fight. sports world

Taking cue from her famed teammate’s performance, India’s only woman paddler to have qualified for the semifinals of Youth Olympics—Archana—first partnered with the World Championship winner Alvaro Robles to pose stiff competition to the formidable Delhi pair of Sathiyan Gnanasekaran and Bernadette. Later, she defeated former national champion Krittwika Sinha Roy of Dabang Delhi to script a surprise win for Team Goa.

After both Delhi and Goa were level at 6-6 following four matches, the Under-12 and Under-18 Karnataka state champion played like a pro to win the reverse women’s singles 2-1, this despite losing the first game 6-11. Archana thwarted Krittwika’s efforts to unsettle her and won the next two games 11-2, 11-8. current sports news sports world