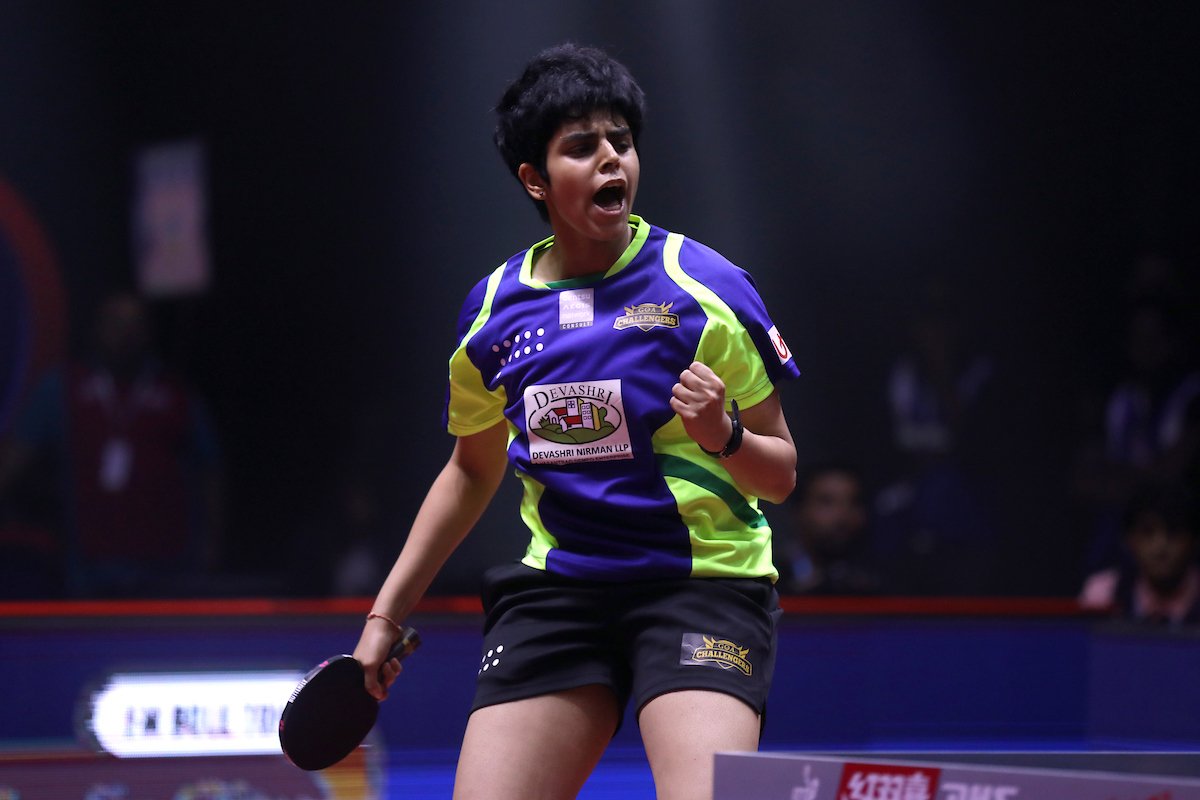 The Challengers’ player was on a roll in the second game, cruising to a 7-4 lead. Manika did try to cut down the lead but Archana was all over her and pocketed the game 11-7 in a rather easy manner.

Having already lost the match, RP-SG would have wanted their star player to salvage at least a point but Archana looked like a player possessed and sealed the game 11-3 to clinch all three points on offer.

Kolkata’s strategy to field Sanil Shetty against Alvaro Robles did not pay off as the Spaniard came from behind to deliver two points for his team.

The opening game of the match lived up to the expectations with both the players involved in exquisite stroke-making and exciting long rallies.

Sanil won the opening game 11-10 and logged in the first point of the evening for the last year’s runners-up. But the World No.56 Spaniard came out a different player in the second game and was all over his opponent.

Sanil had no answers for the towering Challengers’ player and went down 4-11. The script did not change much in the final game as Alvaro cantered to a comfortable 11-5 victory to seal the match.

Manika further lost 1-2 in the Mixed Doubles too, pairing up with World No.55 Benedikt Duda. Kolkata won the opening game 11-8 and it looked like things could turn around for them.

Amalraj made no mistake in mens singles and despite starting on the backfoot in his Men’s Singles clash against Duda, won the opening game 11-7 to all but wrap up the contest.

Duda won the next game 11-10 but the Indian came back strong to win the final game 11-4. World No.8, Cheng then stepped up to the table in the last rubber of the tie against World No. 25 Matilda Ekholm and completed the rout as she picked up a rather comfortable 2-1 victory.

‘Sathiyan, Batra among players benefitting from playing in UTT’