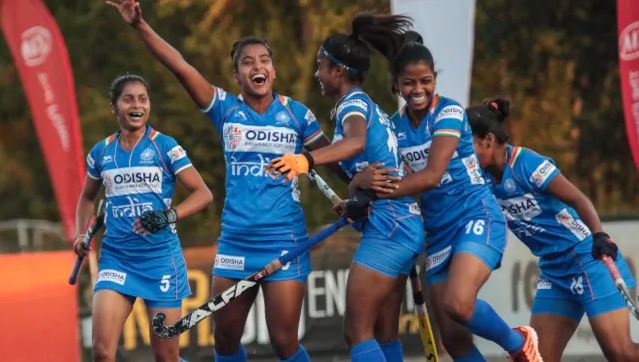 The Indian team, which was playing after a year, displayed a lot of character against world No.2 Argentina and heavyweights Germany despite not getting a win on both tours.

“First and foremost we were excited to get back on the field after one whole year of no international competition for us,” Navjot said, reflecting on India’s visit to Argentina.

“Of course, the results were not what we had desired against Argentina. Otherwise, I would say our performances, both individually and as a team, was good, be it against Argentina or Germany. We actually learnt a huge deal from these tours.”

Navjot talked of the gap between the top teams and the rest.

“We also got a better understanding about how top sides in the world prepare for games, and aspects that we can fine-tune as a unit. There is a big difference between the top three sides and the rest of the world. All of us became a lot more aware of our overall game, and where we need to get better,” she said.

“We implemented what we had worked on during our training sessions over the past year. Now, there are a few things that we are working on in camp; in defence and in attack. The fact that we could hold our own against some of the top sides in the world will help us immensely going into the Olympics.”

Navjot is currently training with the Indian team at the SAI campus in Bengaluru ahead of the Tokyo Olympics. The camp concludes on April 7, after which there will be a 10-day break.

“Our camp is on in full swing. We have been working on our deficiencies from the last two tours. It has been a challenging camp since we have the Olympics coming up. I would say we are getting better in defence, and with our finishing,” the Kurukshetra-born forward said.

The 26-year-old player is one of the senior players in the Indian side. Coach Sjoerd Marjine and Co. will be banking on Navjot’s eye for goal in Tokyo. This will be her second Olympics, having been a part of the Sushila Chanu-led outfit in 2016 Rio de Janerio.

Navjot believes she is a much better all-round player compared to 2016 and is eager to contribute to India’s quest for an Olympic medal.

“Five years is a long time. In Rio de Janerio in 2016, I thought I was completely ready for the Olympics. Now, looking back at my journey, I’d say there is a lot about my game that has changed; physically, mentally or at a skill level,” she said.

“I’ve had to fight through inconsistent periods as well during this five-year period. I am looking forward to Tokyo and want to give my absolute best there.”